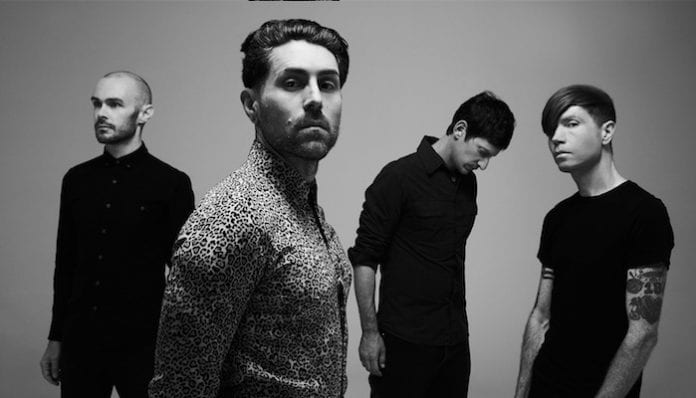 The time has finally arrived, AFI are back with their first new music in over two years.

Read more: See Tom Holland spin out of control in the official trailer for ‘Cherry’

It’s been four years since AFI dropped their last full-length self-titled album, also known as the Blood Album. It’s also been almost three years since AFI fans have heard any new music from the band. In 2018, AFI put out The Missing Man EP which includes the tracks “Trash Bat” and “Break Angels” among others.

However, on Jan. 1, the band kicked off 2021 by revealing that this year will be filled with plenty of new music. As well, their next studio album is officially on the way.

“With the end of a year that has been, at best, challenging for all, we have news that we hope may bring you some joy,” AFI say. ​“Very soon, new songs shall be yours. Before the year’s end, our 11th album will follow. We could not be more happy with our latest work and hope you will feel the same. Thank you for joining us upon this next journey. We are thrilled to take it and honoured to have you at our side.”

…and hope you will feel the same. Thank you for joining us upon this next journey. We are thrilled to take it and honored to have you at our side. https://t.co/ArQauqJst3

Now, as promised, AFI are back with two new songs “Escape From Los Angeles” and “Twisted Tongues.” Davey Havok reveals that “Twisted Tongues” is from the Blood era, but it soon became the first song AFI worked on for their forthcoming album.

“As I recall, ‘Twisted Tongues’ came off the Blood era and was the first piece of music we explored on the new album,” Havok says. “The dreaminess of the music lyrically inspired themes of unforeseen severance. It is a pining song of being set adrift by those who once feigned to share the same anchors.”

Meanwhile, AFI explore the many layers of Los Angeles in “Escape From Los Angeles,” which combines both punk and 80s synthpop influences.

“Los Angeles, like most of my loves, is imbued with a darkness and radiance,” Havok says. “Musically, ‘Escape from Los Angeles’ called for my own vantage to this classic theme of the city’s dichotomous allure.”

Guitarist Jade Puget adds that these new songs may be different from what AFI fans have heard in the past. However, Puget hopes that listeners will wait for the full album to arrive before drawing conclusions about their new music.

“Anyone who knows our catalog knows that no two records really sit together,” Puget says. “Some sit a little closer, maybe. We do certain things, just by virtue of who we are, that are consistent, but those things come about organically. Every time we do something, I have to judge it on its own merits. Some fans are going to judge a new album, or a new song, based on what’s come before. But as artists, we can’t do that, because it would only hinder our creativity.”

Read more: We finally know how Kevin Smith is using this MCR classic in ‘Clerks 3’

Back in April 2020, Puget told Kerrang! what fans can expect from this next album.

“Davey and I sat down for a long time putting together the song list for it, and it’s really exciting,” he said. “I’m excited for people to hear it and see what the reaction is. It’s an eclectic record. I’d much rather put something out there that’s a little bit left-of-centre rather than try to do something that’s expected.”

What are your reactions to AFI’s new songs? Which song do you like more? Let us know in the comments below.

Are Christian against Christians ?

Queen Elizabeth & the Rest of the Royal Family’s Pets, in Photos