By Alex Brummer for the Daily Mail

Here is a hypothetical. What would be the political response were a bidder from the Anglosphere to swoop in with a £30 billion offer for Britain’s largest supermarket chain Tesco?

In these days of highly leveraged takeovers, such an approach is not impossible.  After all, earlier this week the Canadian convenience store chain Alimentation Couche-Tard launched a £14 billion offer for France’s dominant grocer, Carrefour.

Tesco is a bigger bite and is having a good pandemic as the latest trading update shows, with a 6.7 per cent jump in same store sales in the third quarter accelerating to 8.1 per cent in the six weeks to January 9. 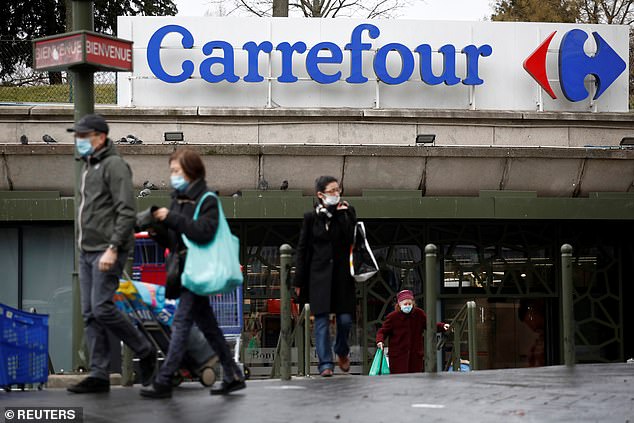 ‘Finest’ had a particularly good holiday season. If there were a bid for Tesco, I would not expect Rishi Sunak to unfurl the union flag and declare that domestic ownership of Tesco is critical to UK food security.

There would almost certainly be a reference to the Competition and Markets Authority as there was most recently when the British billionaire brothers Mohsin and Zuber Issa made an offer for Asda. Across the channel they do things differently.

French finance minister Bruno Le Maire publicly opposed the French-Canadian bid, declaring jobs and food sovereignty were key concerns about a takeover of Carrefour. He echoed arguments made when PepsiCo was considering a deal for French yoghurt maker Danone in 2015.

Le Maire’s intervention likely will cool Alimentation Couche-Tard’s enthusiasm, but is largely a straw man. There is no overlap between the Canadian firm’s convenience store and petrol stations and Carrefour at all. The predator is unlikely to sack or move cashiers to North America or substitute Canadian food suppliers for French counterparts.

Food security is an issue for governments, as we learned during the brief French blockade of channel ports before Christmas, and is now being seen in Northern Ireland. Agriculture is a mighty lobby in France so the finance minister will have felt he had no choice but to intervene.

On overseas takeovers, France and the UK are at the opposite ends of the spectrum: one highly protectionist, the other welcoming. It is gratifying that Boris Johnson’s government is moving the dial in the direction of the broader national interest. 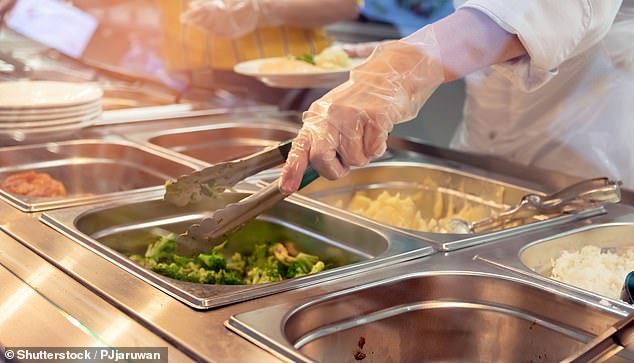 Compass is among a group of big UK-based service companies that because of superior performance rarely makes a wave, says Alex Brummer (Stock image)

Compass is among a group of big UK-based service companies that because of superior performance rarely makes a wave. The last time it made headlines, before the Chartwells free school meal scandal, was in 2017 when chief executive Richard Cousins tragically died in a plane crash in Australia.

As a sprawling giant, providing food services in 45 countries, one wouldn’t expect chief executive Dominic Blakemore to have a personal grip on every contract. It is hard to believe that when the deal to provide ‘free’ school meals was signed, with an unnamed county council, that Blakemore or UK chief executive Robin Mills were on the case.

As important as every bit of business might be during a pandemic, it is not Wimbledon, Twickers or this paper’s canteen. What the senior team should have recognised immediately is how a local political row, involving the country’s least well-off schoolchildren, could blow up in the company’s face badly, damaging the group’s reputation.

At G4S, a scandal about security readiness at the Olympic Park in 2012 cost chief executive Nick Buckles his job. The correct response for Blakemore and the board of Compass in such circumstances was to go big. With due respect, the promise to supply free breakfast to all the affected families looks footling.

There should have been a grown-up, no excuses apology and a promise to supply more generous quality meals – free of charge to local authority and the taxpayer – until such time as school closures end, and through the Easter break. For a £25 billion company which raised £2 billion of extra cash from investors as recently as May that would have been an appropriate response.

All job losses are a blow to the people involved. The 1,500 pandemic cull at Premier Inn-owner Whitbread is better than the 6,000 envisaged a few months back. Credit to chief executive Alison Brittain for convincing key investors that Covid is an expansion opportunity in Germany where it has gone from five no-frills hotels to 68 in the last year. Refurbishment may mean losses rather than profits for the next couple of years. But disease also has created a buyers’ market as local owners struggle with debt. Prost.

Some links in this article may be affiliate links. If you click on them we may earn a small commission. That helps us fund This Is Money, and keep it free to use. We do not write articles to promote products. We do not allow any commercial relationship to affect our editorial independence.