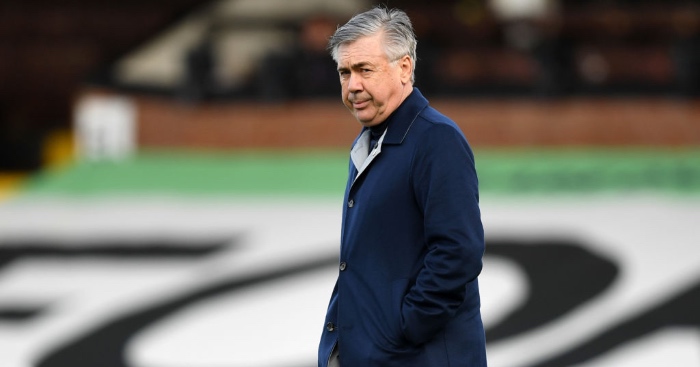 Carlo Ancelotti has suggested that it is a “great motivation” of his to get Everton back in the Champions League.

The Toffees have enjoyed a strong start to the 2020/21 Premier League season. They sit sixth in the table on 32 points with them 17 games into the campaign.

They have at least one game in hand over those above them in the table. Should they win one of their games in hand, they will move above back into the top four by overtaking Liverpool.

Everton face Champions League rivals Leicester City on Wednesday. Speaking ahead of that game, as cited by the Daily Mail, Ancelotti claimed that he is determined to get the club back into the top four:

“This is the target we have for the future. I don’t know how long it will take for this. But I hope soon we will be able to play games in the Champions League.

“It would be fantastic to play with Everton in the Champions League. It is a great motivation and a great great desire.

“The fact that we are going to play at home in these next two games means that after Saturday we know where we are going to be in the future. I hope it is a nice future.”