Music star, Davido has finally reacted to the recent online uproar that erupted after a video of him and Mya Yafai holding holds surfaced online. 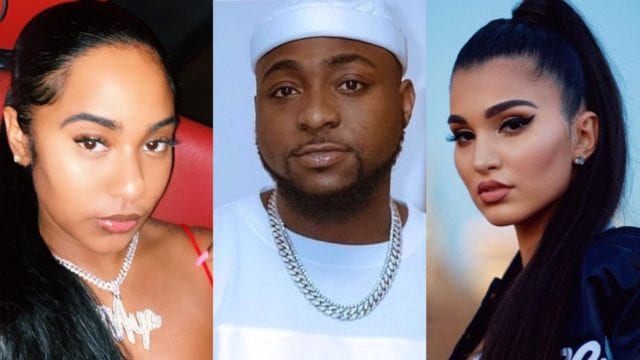 Following the online uproar that erupted after a clip of him holding hands with Young MA’s ex, Mya Yafai while on a vacation in Sint Maarten went viral online which sparked rumors that his relationship with fiancée, Chioma could be on the line. The “Assurance” crooner has finally broken his silence regarding the matter and has declared that ‘another wahala is loading’. American singer and model, Enisa on the 1st of March 2021 tweeted about traveling to Atlanta to shoot a video for the remix of Love Cycle with Davido and he replied;

Davido has been very busy of late, working on new music with the likes of Bad Boy Timz, L.A.X, Olamide and making it to the list of Time’s 100 NEXT emerging leaders. He also performed on NPR’s Tiny Desk concert.

The Weeknd’s “The Highlights” Becomes Most Streamed Album of All-Time on Spotify With Over 12 Billion Streams – Hip-HopVibe.com