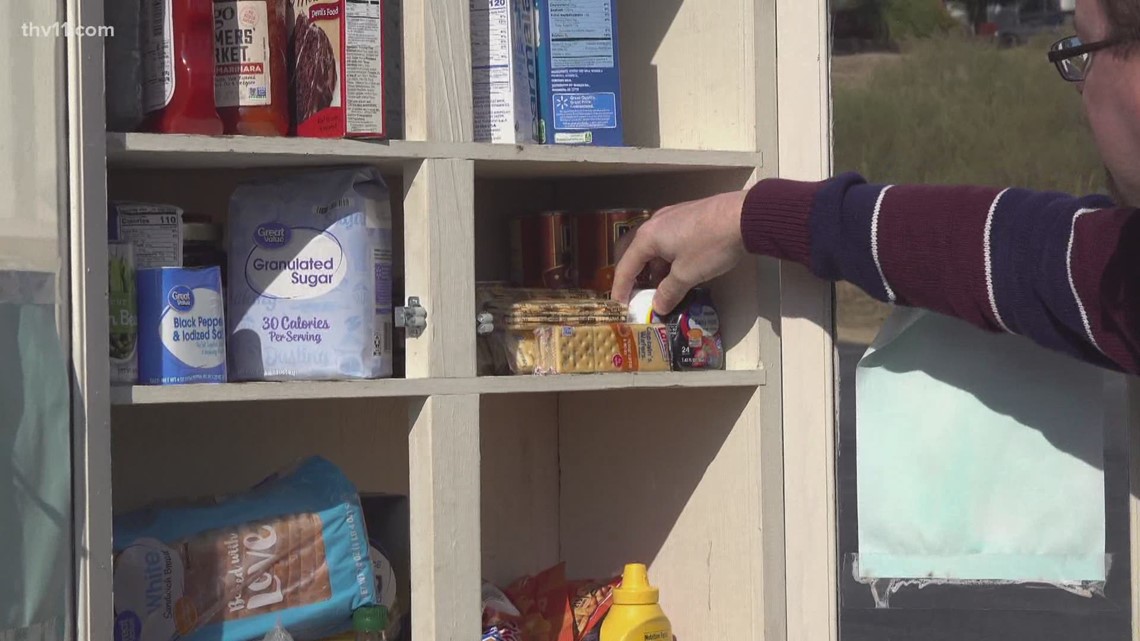 Food pantry organizers said that although items get donated multiple times a day, the pantry usually ends up empty by the end of the night.

MAUMELLE, Ark. — Pastors in central Arkansas said that the “Little Free Pantries” that have been popping up in the area are in desperate need of donations. The movement has been going on for years now, but they said that since the pandemic, the need has been higher.

“I think the need has increased with the pandemic, but the need has always been there,” said Marabeth Jaques, wife of Pastor William Jaques at First Baptist Church of Maumelle.

They both said although items get donated multiple times a day, the pantry usually ends up empty by the end of the night.

“The food cycles through it so fast. It’s like as soon as we put food in, the food that’s there right now will probably be gone by this afternoon,” said Pastor Wood.

He said it’s been that way since the pantry was installed about a year ago.

“As soon as we put it in and as soon as it was stocked with food, people noticed it right away,” said Pastor Wood.

Both pantries are located in the parking lots of the churches so people can drive up and get necessities, but both pastors said they also get a lot of visits from children who walk there.

They said even though any nonperishable item is welcome to the Little Free Pantry because they are located near schools, they would like to see people donate more snacks so kids can grab them on the way home.

“We have kids that walk up from school looking for a snack, so peanut butter crackers, granola bars, those kinds of things,” said Pastor Jaques.


Jackie Phillips is just one of the many Arkansans who use these pantries to help others in need. He said he visits these pantries at least twice a week to gather items for those who have no way of getting there.

“One of [the people who use the food pantries] has four kids and no job so I give some of them a good deal.”

But with so much need, during such a hard time, they say they need donations more than ever.

Both locations are accepting donations.