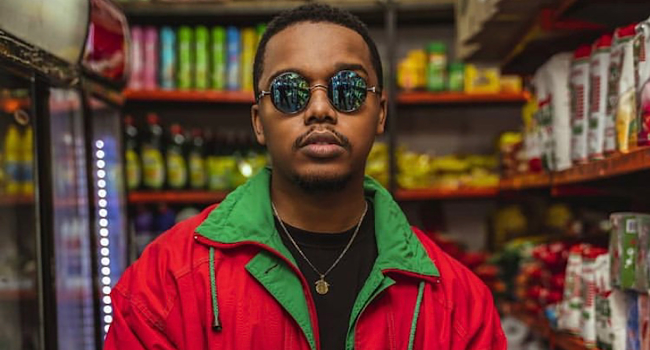 The post B3nchmarq’s Jay Jody Shares The Names Of 5 Rappers Who Were Influential In His Come Up appeared first on SA Hip Hop Mag.

B3nchmarq‘s Jay Jody Shares The Names Of 5 Rappers Who Were Influential In His Come Up. Plenty of SA rappers today are inspired by those were active before their time. Many of those rappers have also influenced the inclusion of other genres in SA hip-hop.

B3nchmarq‘s Jay Jody took to twitter to share with fans the names of 5 rappers who influenced his style of rap before before he found himself in rap. Surprisingly enough his rap partner Tkay B3nchmarq also featured on the list. He also took a moment to pay tribute to HHP and Pro Kid.

Jay Jody tweeted, “SA rappers that influenced my rap style when I was coming before I found myself: 1. Khuli Chana. 2. Tkay B3nchMarQ. 3. Pro KiD. 4. HHP. 5. Mapaputsi. Thank you Forever in our hearts Pro & Jabba“.

In the list that Jay Jody shared with fans, Khuli Chana and Tkay B3nchMarQ are the only rappers who are still active today. Pro Kid and HHP sadly passed away but still remain heavy influences not only to Jay Jody but to the SA hip-hop industry as a whole.

Award-winning Kwaito star Mapaputsi was best known for being one of the lead artists in Kwaito and worked with the likes of TkZee and Zola 7.

Jay Jody recently announced that B3nchMarq’s album POWER TRIP is 100% complete and that should be dropping soon. The duo had previously mentioned that the album will drop in February but has not let slip of when in February fans will get their hands on their album.

It is possible that the influences Jay Jody mentioned could shine through in the POWER TRIP album, but only time will tell.

The post B3nchmarq’s Jay Jody Shares The Names Of 5 Rappers Who Were Influential In His Come Up appeared first on SA Hip Hop Mag.

Emma Stone Embraces Her Wicked Side In Cruella Trailer – WATCH!

A Phyno Album Is On It’s Way, Here’s Why