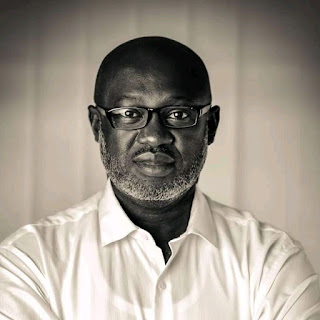 Professor Tor Joseph Iorapuu has been appointed as the Vice of Chancellor Benue State University Makurdi.

As the tenure of the present VC of the University, Prof. Moses Msugh Kembe draws to an end, the Benue State Governor, Samuel Ortom has appointed Professor Iorapuu Tor as the new Vice Chancellor of Benue state University Makurdi. His selection was done after an examination was conducted for the 27  Professors of the University who stood for the position, of which 7 of them emerged successful and three of the Seven where shortlisted and sent to the Governor for final selection where Prof. Tor Iorapuu was finally hosen.

Th new Vice Chancellor is to serve a tenure of five years in office.

Before mounting this position, Prof. Iorapuu was a professor of Thietre Art with the University of Jos.He hails from Aliade in Gwer East Local Government of Benue State, Nigeria.

Professor Iorapuu  studied at Government College and College of Education, all in Katsina-Ala, Benue State; and the University of Jos, Nigeria, where he read Theatre Arts up to the PhD level.

He has served his alma mater as a member of Faculty, professor in the Department of Theatre and Film  He also served as Dean, college of Arts, University of Jos.

The erudite scholar has done a lot of work on Theatre for Development (TfD), right from his days at the College of Education, Katsina-Ala, up to his current position at the University of Jos. This erudite Professor of Applied and Social Theatre, who has mentored many young theatre scholars, has made indelible imprints in the academia and the social struggle.

Due to his commitment to influencing change in society, beyond curricular requirements, he has provided leadership in the founding and running of Youth, Adolescent, Reflection and Action Centre (YARAC) in Jos.

He has served SONTA in several capacities for over a decade. During his tenure as SONTA Editor, Nigerian Theatre Journal (NTJ), which is a selection of papers presented in SONTA Annual International Conferences, was published unfailingly. He is a SONTA 2013 Lifetime Achievement Awardee and currently an Ex-Officio Member of the Society of Nigeria Theatre Artists (SONTA) Executive Committee.

Congratulations to the New Vice Chancellor!