When you travel will have an impact on your budget as well as the seasons (weather) and game viewing you experience.

Before you spend money on flights, game drives and accommodation, check your timing. Taking an African safari at the best possible time adds to your experience. And, more importantly, it helps you to know what to expect. Get professional advice on when to go where in Africa or when it is best to visit the destinations you have in mind. Talk to one of our African safari experts.

So, is there a ‘best time’ or can a safari in Africa be good (even fantastic) at any time of the year? For me, the answer is a big YES!

Going on an Africa safari can be an incredible experience any time of year!

The animals are there pretty much all the time, except for a few migratory species. It only gets easier or harder to spot them in different seasons. And the weather varies, of course.

These are big factors to consider though. So, it is good to do some research before deciding which month to go on safari in Africa. It will give you an idea of the season and what weather to expect.

Your expectations will have a massive impact on how much you enjoy your travels. Managing your expectations is key, in other words. When you know what to expect and go prepared, you’re far more likely to have an amazing African safari. That said, the weather is still unpredictable. And the animals are wild which also means they are unpredictable. So being flexible is as important as having realistic expectations. An adventurous spirit and open mind is a good recipe for a rewarding safari in Africa.

There are three main seasons to note when looking at African safari destinations. The dry season, the rainy season (also called the wet or green season) and the shoulder season. The shoulder, or mid-season, is the transitional period between the dry and wet seasons. And, it falls in spring or autumn.

If you plan to cover vast distances in Africa, you will experience different seasons. On long overland tours, for example, you will encounter different seasons. And on safaris to destinations spread across East and Southern Africa. The weather can be very different from one country to the next, and even within countries and regions. 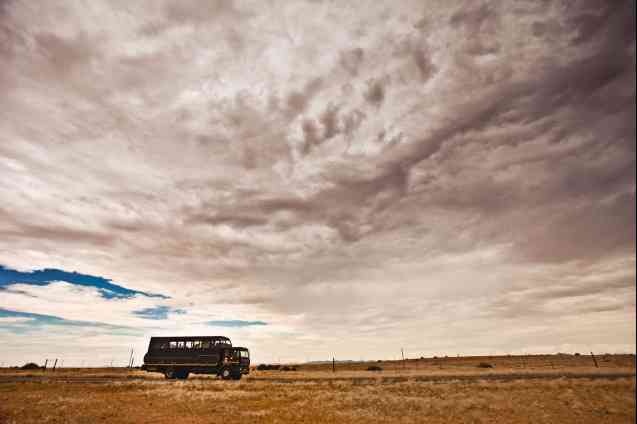 Let’s have a look at the pros and cons of each season to help you decide which is a better fit for you. When you research a safari destination remember to do a quick Google search for the seasons in that area.

The dry season is typically in winter. The timing of the dry season varies from region to region because Africa is huge.

1. The dry season is a fantastic time to go on safari in Africa. That’s because it is generally easier to spot wildlife. First, the vegetation is sparse so the animals are more visible. Second, water is scarce so the animals tend to gather around available water sources. Sitting at a waterhole and watching animals come and go is very rewarding. Especially in the dry season.

2. At almost all African safari destinations the dry season is in wintertime. The African version of winter at least. And winter means comfortable, mild temperatures with warm sunny days and chilly nights. In some places, expect nighttime temperatures of below zero degrees Celcius in mid-winter. One of the few exceptions, where the winter season is not dry, is Cape Town in South Africa. In Cape Town (where I live) and the Western Cape province, we have a Mediterranean climate with wet winters.

3. The cooler winter temperatures also mean fewer insects. Most importantly, fewer mosquitoes. Although you still get mosquitoes when the temperature is cooler, there are far fewer of them. So the risk of contracting malaria is lower in the dry, winter season. Of course, this is only a pro in malaria areas. Many African safari destinations are malaria-free throughout the year, including Cape Town. 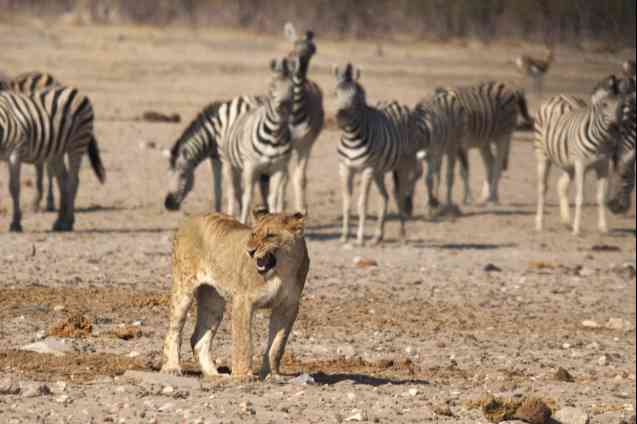 These are the three main reasons the dry season is generally considered the best time of year for African safaris.

1. The dry season is a very busy time at popular safari destinations. So, it can get quite crowded in the best-known national parks and reserves of Southern and East Africa. In part, this is because the dry season coincides with the long school holidays in most countries. So July and August are popular months for families to go on safari. The safari hubs are usually buzzing with people and the safari camps and lodges are fully booked. Plus, there are more vehicles out on game drives each day. It is not unusual to wait in a queue while out on a game drive to get your turn at a lion sighting.

To escape the crowds, you can stay in private game reserves and concession areas. These have smaller camps and lodges that only allow limited safari vehicles out at the same time.

2. The dry season is dusty in many places. So when you drive on gravel roads in open-sided safari vehicles, you’re bound to get covered in dust from head to toe.

3. The dry season is the peak season at many African safari destinations. This means higher airfares and safari prices. 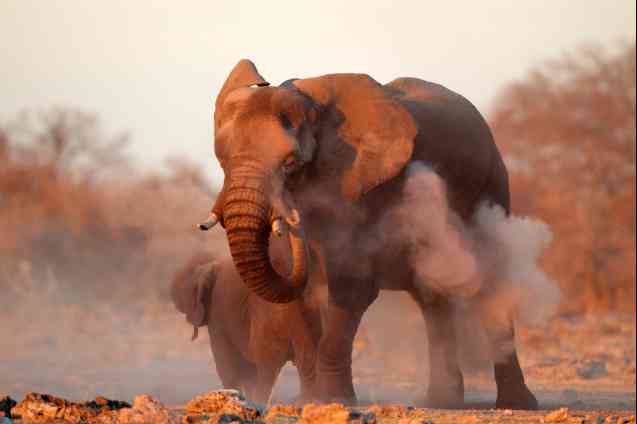 When is the dry season on African safaris?

The Rainy Season on African Safaris

In many parts of Africa, the rains come in the form of thundershowers. You will often get quick downpours in the morning and/or afternoon. And, for the rest of the day, you’ll have cloudy skies with the sun popping through. Some parts of Africa, receive very low rainfall. In these parts, there is hardly a rainy season, if at all.

1. The rains bring new life after a dull dry spell. The vegetation is lush and green. And this is the time for calving season. When there are plenty of fresh green shoots to feed on and strengthen the calves for the harder months to come. With all the vulnerable newborns around it is an easy meal for predators so there is a lot of action in the bush. From a human perspective, it can be quite gruesome to watch wildlife kills. This is something to keep in mind when taking small children on an African safari during this time of year.

2. The rainy season is an excellent time for photography on safari in Africa. You’ll see lots of moody skies, rich colours and dramatic landscapes.

3. Bird watching is also exceptional in the rainy season. The flowers are in bloom, which attracts birds and insects for them to eat. And, many migratory birds come back during this time. If you are a keen birder the rainy season is the best time to travel to Africa.

4. Safari destinations are less crowded in the rainy season. Because this is often seen as the least desirable time to go on safari in Africa there are far fewer travellers. And fewer safari vehicles in turn.

5. Being the low season, safari camps and lodges offer lower prices. Plus, airlines offer good deals on international flights. You can save a lot on safaris in the low season and get incredible value for your money. This is one of the big reasons many consider the low season the best time for African safaris. 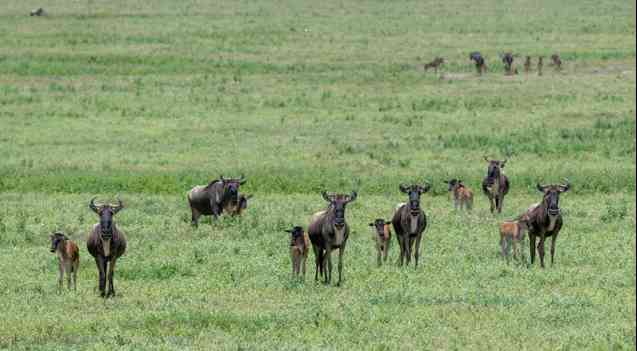 1. Logistics can be challenging in the rainy season. This is more of an issue in remote areas that receive high rainfall. Logistics will be more difficult in the Okavango Delta, for instance, than in Kruger. Obstacles include poor road conditions, flash floods, waterlogged camps and bridges washing away. If these things happen then your safari vehicles might get stuck in the mud. And you may need to take a detour to reach your next destination. A day on safari in the rainy season can become a very interesting adventure.

2. In the rainy season, the vegetation is thick and the grasses tall which makes it harder to spot animals. And the animals spread out over a greater area. That’s because there is more water available in the bush so there is no need to gather at the waterhole for a drink.

3. It gets super hot and humid at the height of summer.

4. Insects in the hot and wet conditions are plentiful. Especially mosquitoes which pose a higher malaria risk in malaria areas.

5. Many safari camps and lodges in remote areas close over the rainy season. 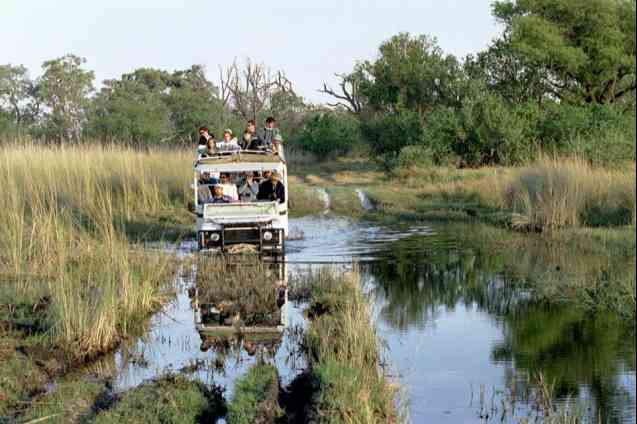 When is the rainy season on African safaris?

As you might expect, the transitional or shoulder seasons can offer a bit of everything. The mixed-bag of safari seasons. You may experience sunny clear skies with unexpected rains. Areas of dense bush, as well as dry places where animals are easy to see.

The end of the rainy season, going into the dry season, is a time of exceptional beauty. The vegetation is still green and the temperatures are mild. It is often a very comfortable time of year to be on safari in Africa – not too hot and not too cold. Perfect for going out in the bush in search of wildlife.

It is worth mentioning that the end of the dry season can be an uncomfortable time to be in the African bush. The mixture of extreme heat and dry and dusty conditions can be challenging. This is the season of transition going into the warmer summer months, before the first rains. But, this is one of the best times for spotting a wide variety of wildlife on safari in Africa. Because animals usually congregate around permanent waterholes and the vegetation is still low.

Shoulder season safaris are a good compromise for avoiding the crowds of high season. Especially in the most popular, best-known national parks and game reserves. 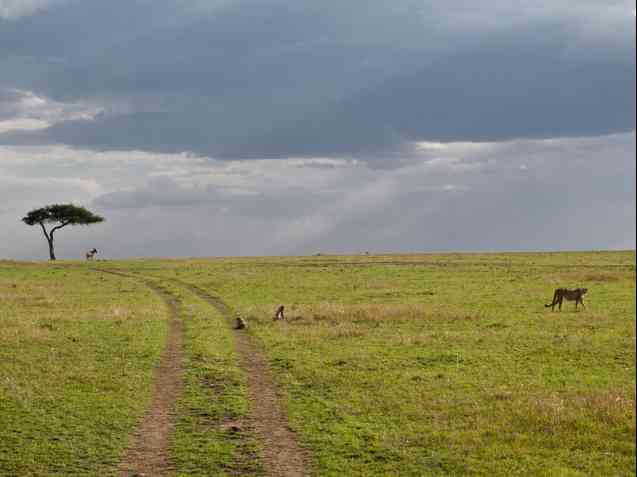 When are the shoulder safari seasons?

The Best Time of Year for an African Safari

The short answer to the question, “What is the best time of year for an African safari?”:

Any time of year is incredible for an African Safari.

Going on an African safari is an amazing experience, regardless of the season. It doesn’t matter what season you visit. There is always an element of luck on safari – be it the dry or rainy season.

If you know what to expect and bring a healthy sense of adventure, you’ll have the best time on your African safari! 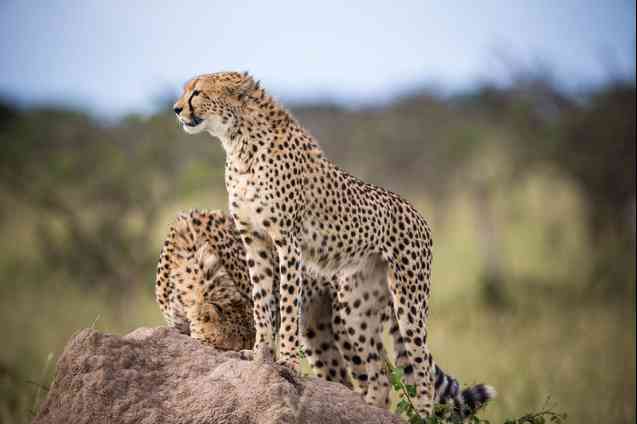