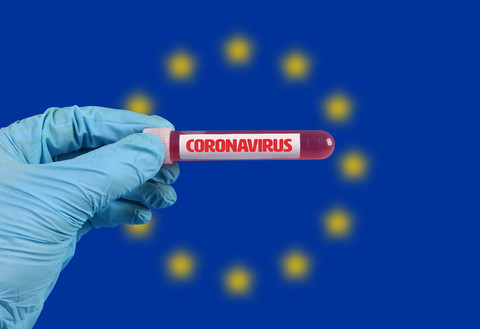 The European Commission is working on a special pass to allow vaccinated people and others to travel more freely – despite criticism from those who say it risks discriminating those unable to get the jab.

Also known as a “digital green pass,” the plan is to have a legal proposal in a matter of weeks which would include categories like those who are vaccinated, those who have recovered from Covid-19, or those who are able to produce negative test results.

EU Commission president Ursula von der Leyen tweeted on Monday (1 March) that it would ease the lives of Europeans.

“The aim is to gradually enable them to move safely in the European Union or abroad – for work or tourism,” she said.

The commission’s timeline is three months, meaning a pass could – theoretically – be ready for the summer.

But Belgian blowback against the idea, home to the European Commission HQ, appeared within hours.

In a rebuke, Belgian’s deputy prime minister Sophie Wilmès, said her country would not participate.

“For Belgium, there is no question of linking vaccination to the freedom of movement around Europe,” she said.

Wilmès suggested it risks discrimination, given the slow pace of vaccine roll out, adding that the notion of a pass “is confusing, in relation to the objective that this certificate should pursue.”

Only around 30 million vaccination doses have so far been administered across the EU, representing approximately 6.4 percent of the population.

It is also unclear if new checks at the internal borders of the passport-free Schengen zone would thus be needed.

The commission would not respond directly to the question when pressed by reporters on Monday.

Instead, it offered a general response repeating its position that the pass aims to facilitate travel across the Schengen area and possibly even abroad.

“It is not about restricting,” added an EU commission spokesperson.

Health data in the pass would show whether a person has been vaccinated, test results for those who haven’t been vaccinated yet, and any recovery information on the disease.

The pass also builds on an earlier proposal for a so-called vaccination certificate.

EU states had, at the end of January, agreed on what kind of data to include in such a certificate, which would link up to the national health care and border systems.

Part of those January talks among EU states included creating a “Trust Framework” to help determine how a vaccine certificate can be checked.

That “Trust Framework” still needs to be agreed, and is based on guidelines on what needs to be on the certificate, what it looks like, and other data related security measures.

The pass would be an additional layer to the certificate, which the commission says will be designed to allow the free movement of people.

“It needs to be inclusive so it should be digital but also available on paper if someone doesn’t have a phone for example,” said the commission.

US adds 116 countries to its ‘Do Not Travel’ advisory list