“There is a cost to convenience.” Dogwoof has revealed a promo teaser trailer for the indie documentary titled The Gig Is Up, the latest from award-winning Canadian filmmaker Shannon Walsh. Her new doc about the gig economy is premiering at both Hot Docs and the CPH:DOX Film Festivals this spring, which is why this first trailer is dropping now to build buzz in the doc marketplace. App developers lured a massive labor force by promising flexible hours with no offices or bosses-but with gig workers from Uber, Amazon, Lyft and more in front of the camera, the human cost of disruption runs deep. “A very human tech doc, The Gig Is Up uncovers the real costs of the platform economy through the lives of workers from around the world for companies including Uber, Amazon and Deliveroo.” The film tells the stories of the workers giving up everything just to make a living. I’m not expecting this doc to make anyone change, but I’m glad they’re starting to focus on what’s really going on with corporations taking advantage of the gig workers worldwide.

Here’s the official teaser trailer (+ poster) for Shannon Walsh’s doc The Gig Is Up, direct from YouTube: 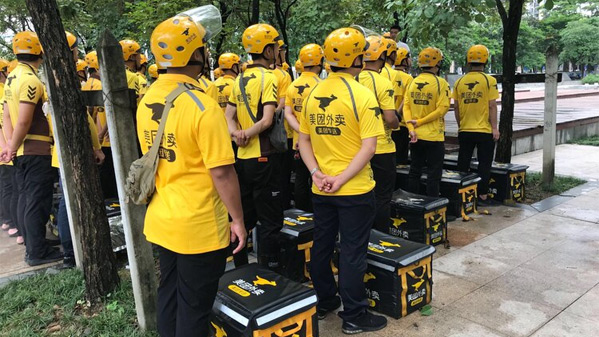 From delivering food, driving ride shares, to tagging images for AI, millions of people around the world are finding work task by task online. The gig economy is worth over $5 trillion globally, and growing… And yet stories of the workers behind this tech revolution have gone largely neglected. Who are the people in this shadow workforce? The Gig Is Up brings their stories into the light. Lured by the promise of flexible work hours, independence, and control over time and money, workers from around the world have found a very different reality. Work conditions are often dangerous, pay often changes without notice, and workers can effectively be fired through deactivation or a bad rating. Through an engaging global cast of characters, the film reveals how the magic of technology we are being sold might not be magic at all. The Gig Is Up is directed by award-winning Canadian doc filmmaker Shannon Walsh, director of the doc films H2Oil, À St-Henri le 26 août, Jeppe on a Friday, and Illusions of Control previously. This is premiering at both Hot Docs and CPH:DOX this year. Dogwoof reps the film – for more details visit their site. Interested?

#TSRBlackExcellence: Ruth E. Carter Becomes The First Black Costume Designer To Have A Star On The Hollywood Walk Of Fame