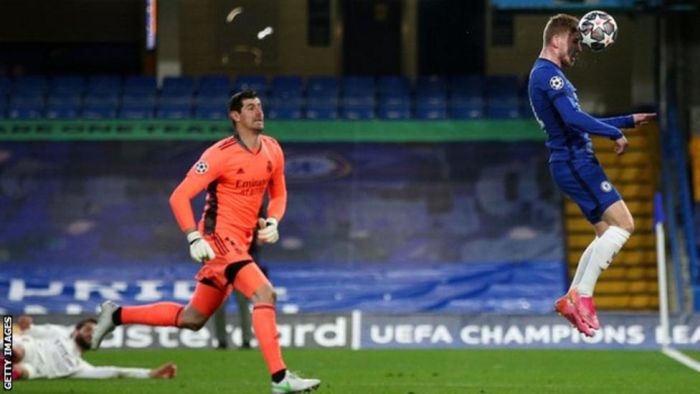 Chelsea will face Manchester City in the Champions League final in Istanbul after convincingly overcoming a fading Real Madrid at Stamford Bridge.

On a night of high tension, even behind closed doors, Chelsea fully deserved a victory that sets up an all-English final against Pep Guardiola’s Premier League leaders on 29 May.

Thomas Tuchel’s hosts were grateful to goalkeeper Edouard Mendy for two fine first-half saves from Karim Benzema but they were able to build on the 1-1 draw they achieved in Madrid when Timo Werner headed in from almost on the goal-line in the 28th minute after Kai Havertz had lofted a finish on to the bar.

Watch the Highlight below:

Babies Playing SLIPKNOT, New GOJIRA Music & 8 Other Stories You May Have Missed This Week