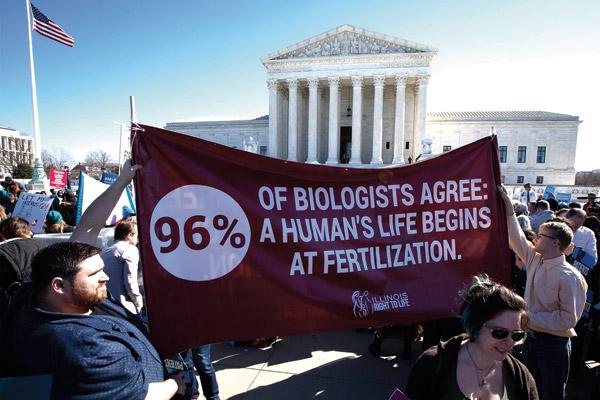 VATICAN CITY — Pope Francis has called for a global prayer marathon for the entire month of May, praying for an end to the pandemic.

Papal charity: Half of world under religious persecution

VATICAN CITY — The religious persecution exercised by China and North Korea, restrictions on religious freedom in dozens of countries and the continuing threat of violence at the hands of religious fundamentalists belonging to a variety of faiths all have worsened since 2018, said Aid to the Church in Need, a papal foundation and Catholic charity.

WASHINGTON — The chairman of the U.S. bishops’ pro-life committee April 20 called on the Biden administration to fund research “that does not rely upon body parts taken from innocent children killed through abortion.”

VATICAN CITY — Because prayer is a dialogue with God, people should not dismiss or be embarrassed by saying their prayers out loud or in a whisper, Pope Francis said.

The first word of the Rule of St Benedict is “Listen.” As an Olivetan Benedictine sister, it has been ingrained in me that listening, primarily to God but also to others, is a keystone of Gospel living. (Understanding our Church, Seeds of Faith)

What spiritual lesson have you learned during the pandemic?

“… With God, I grew closer to him, especially when my grandma was in the hospital. I prayed and asked him to keep her safe. She is safe now because she is with him. So I …” (Youthspeak, Seeds of Faith)

Q. I was recently asked whether an infant can be baptized into the Catholic Church even if his parents, although Catholic (non-practicing), were married in a civil ceremony. The parents were told by a priest that they had to be married in the Church before the infant could be baptized. (Question Corner, Seeds of Faith)

Every morning, as we wait in the drop-off line at school, my daughter Rose and I share a pack of Belvita breakfast cookies. (Columns)

Every prayer is needed to increase vocations

April 25 was the day the Vatican and many dioceses around the world celebrated the World Day of Prayer for Vocations. (Guest commentary)

The conviction of former police officer Derek Chauvin April 20 of killing George Floyd has made all of us take more time to reflect on what the conviction means and what we can learn from it. (Editorial)