– The criminals abducted Fatokun in Nasarawa on Monday, January 18

The deputy vice-chancellor of Anchor University owned by Deeper Life Ministries, John Fatokun, was on Monday, January 18, kidnapped by some unknown gunmen.

Fatokun, according to sources in the university who spoke with PM News, was abducted by armed criminals on his way in Nasarawa to drop his children at the Deeper Life High School.

The sources also revealed that although Fatokun’s abductors have established contact with his family members, they have not made any request for ransom.

It was gathered that prayers are being offered on behalf of the captive’s safe release. 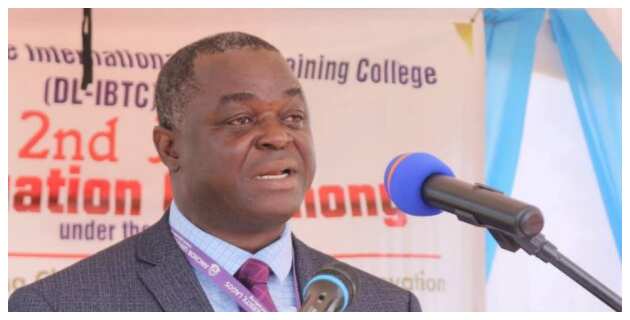 The gunmen who abducted Fatokun have not said anything about ransom for the university don
(Photo: PM News)
Source: UGC

Fatokun was the pioneer deputy vice-chancellor, of the Federal University, Dutsin-Ma after which he became the DVC of Anchor University since 2017 as a professor of Computational Mathematics and Numerical Analysis.

Meanwhile, Rev. Fr. John Gbakaan, a priest of the Catholic Diocese of Minna, Nigeria had been killed by gunmen suspected to be bandits.

The priest was reportedly killed after he was abducted by the bandits in the north-central state. Another Catholic priest, Rev. Fr. Ugochukwu Ugwoke, made the announcement on Saturday, January 16 via Twitter.

The brutal killing of the priest has sparked an outpouring of emotions by Catholic faithful in the state and beyond.

On Twitter, many Nigerians have been sharing their thoughts on the killing and the activities of bandits in northern Nigeria.

“My heart and condolences is with the parishioners of the Catholic Diocese of Minna at this moment, may God console them grant the late priest eternal rest. The perpetrators of this dastardly act must be found and prosecuted.”

“May the soul of Father John Gbakaan and the souls of all the faithful departed through the mercy of God rest in perfect and eternal peace.”