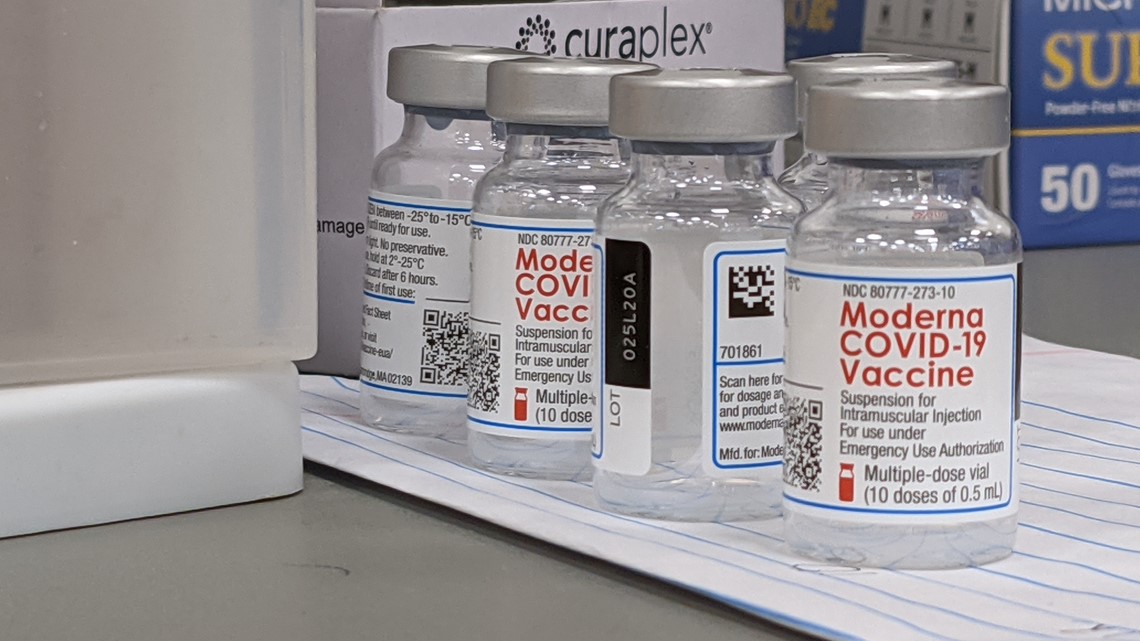 The Democrat said “the most important thing we can do for our economy, for our families, for our businesses, is to beat the virus.”

Dallas Rep. Colin Allred says from his vantage point, federal prosecutors have it right when they say some members of the mob who took part in the insurrection wanted to capture and assassinate members of Congress.

“We saw, of course, the images of people roaming on the Senate floor with zip ties,” the Democrat said on Inside Texas Politics. “This wasn’t just an attempt to get into the Capitol and to stage a protest. They were there for violence.”

The congressman was just elected to his second term.

He’s already gained a reputation as a bipartisan lawmaker. But he said the events of Jan. 6 will make it harder to do business.

He said he’s disappointed in his colleagues who still voted that night to challenge the electoral vote even after the insurrection when their lives were literally at risk.

“I do hope that at some point, we can all start working from the same fact sheet about what happened in this election and going forward, because if we don’t have the same facts, I don’t know how we’re going to end up with the same conclusions,” Allred said.

If lawmakers are found to be involved, he believes they should not only be kicked out of Congress, but also face prosecution.

In terms of politics, he said he supports President-elect Joe Biden’s plan to send more stimulus checks to Americans.

But he said the most important thing Biden talked about recently was his plan to improve the vaccine rollout in an attempt to move America past the pandemic.

“No amount of aid of any kind is going to allow us to outspend this virus. The most important thing we can do for our economy, for our families, for our businesses, is to beat the virus,” said Allred. “And to do that, we have to roll out this vaccine efficiently and protect people in the meantime.”

Lt. Gov. Dan Patrick says the insurrection at the Capitol should make everyone more aware of what happens when people say things they shouldn’t.

The Republican recently wrote an essay on his website entitled “Enough.”

“Whether it’s on the left or the right, what’s important about leaders, Republicans and Democrats, Congressmen and Presidents and Governors and Lieutenant Governors, is leaders are meant to calm a crisis, not create one,” Patrick said on Inside Texas Politics.

Many Texas Democrats aren’t buying the appeal to tone down the rhetoric.

They say a rule change during the first week of the 87th Legislature is clearly partisan.

Republican Senators changed the number of votes required to block legislation from reaching the floor.

Before the rule change, 13 senators could block a bill.

And that’s the exact number of Democrats now in the Senate.

But under the rule change, 14 senators are now required.

With a Republican majority of 18 – 13, the GOP can still move any bill it wants to the floor.

Patrick said the November election proved yet again that Texas is a Republican majority state.

And he called Democrats’ complaints “hogwash.”

“It’s not about us shutting down their voice, it’s about them blocking out the voice of the majority because we are a Republican state,” said Patrick.

The Republican also said they passed more than 1,800 bills during the last session.

Only 18, he said, passed exclusively with Republican votes exclusively. “That means 99.99% had Democrat and Republican bipartisanship.”

Redistricting will also be a big topic during the regular session.

But the lieutenant governor doesn’t necessarily expect anything to happen until a special session.

He says they usually get the Census numbers in March or April.

But lawmakers are now being told they may not get those numbers until June or July.

The session ends on May 31st.

“I would expect we’ll be in Austin much of the summer,” said Patrick.

The Republican also talked about security at the state Capitol during the inauguration and reacted to the insurrection at the U.S. Capitol.  Listen to more here:

Houston Police Chief Art Acevedo said one of his officers was part of the mob that stormed the Capitol during the insurrection.

“He was supposed to do a disciplinary hearing with me this past Friday, but he resigned on Thursday,” Acevedo said on Inside Texas Politics. “So, he won’t have to face the internal consequences, but he will ultimately be facing federal charges.”

A Houston police sergeant is one of the investigators on the joint terrorism task force. Part of that investigation will determine if the now former Houston officer participated in any actual violence.

Acevedo said the mere fact a police officer is involved in any role is unconscionable and inexcusable.

“And I hope he and other members of law enforcement and the military or other people who have actually taken an oath to defend and protect the Constitution of the United States face the severest consequences allowable by law,” said Acevedo.

Departments across the country are now trying to figure out how to root out officers who may have extremist views.

Acevedo said you have to continue to monitor their social media accounts and investigate their backgrounds, similar to when officers are first hired.

“As they move through their career, we just continue to monitor their activity, their actions in terms of what they’re saying and doing across the social media platforms out here. But at the end of the day, we need the public’s help,” he said.

Warnings of potential violence during inauguration week continue across the country.

Acevedo said his department started its tactical alert on Friday, five days before the inauguration.

Among other things, it means no officer will be able to get a day off.

“We are going to be all-hands-on-deck,” said Acevedo. “Everyone other than those who have operations that need to be undercover will be in uniform. You’ll see a high visibility. And I think you’re going to see that not just in Houston but across the state of Texas and across the nation.”

How Governor Makinde, Oyo Police Commissioner Are Blocking Widows Of Policemen Killed During #EndSARS From Getting Help – Ex-governorship Aspirant