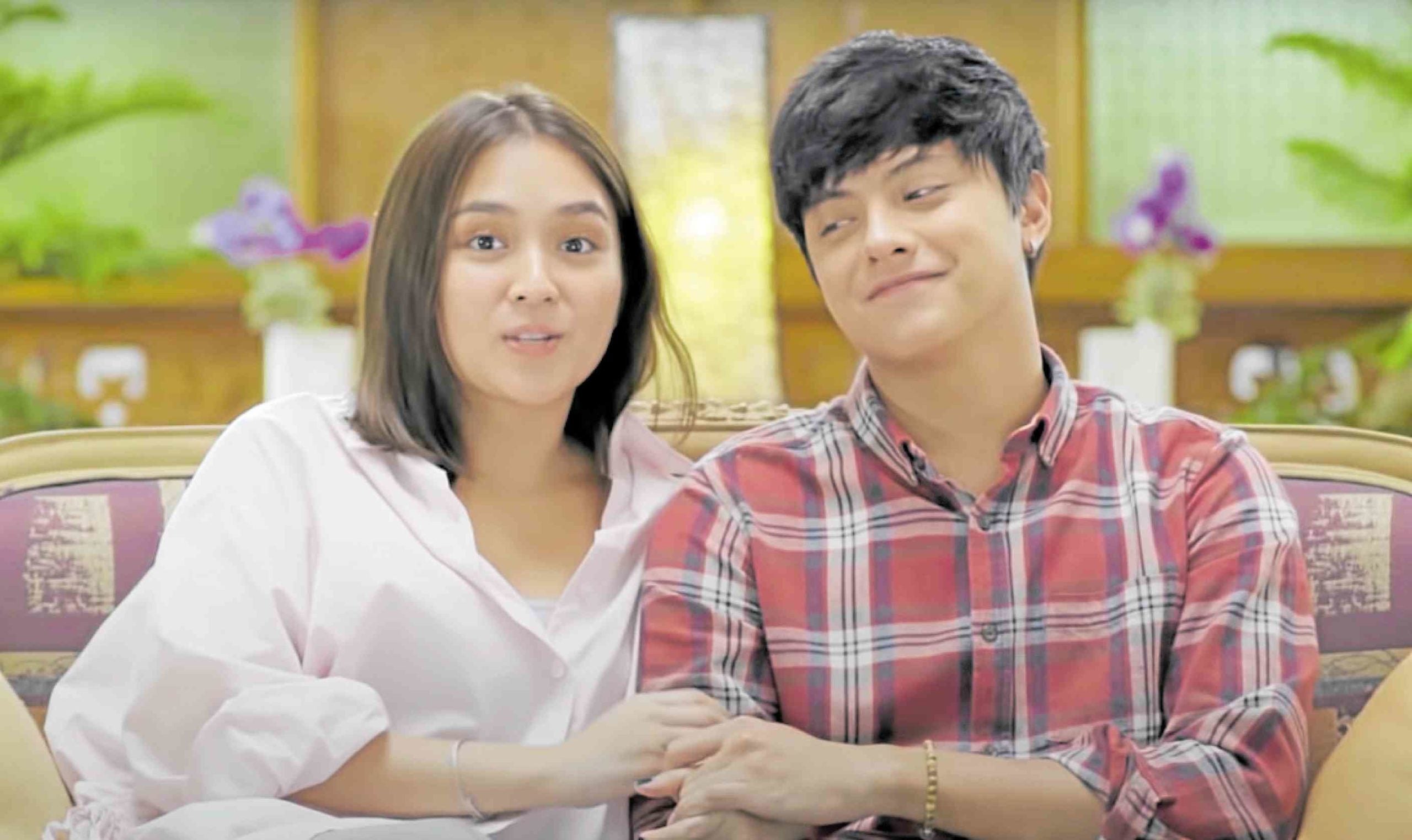 We fought for our family. We didn’t leave ABS-CBN,” said actress Kathryn Bernardo when asked what she thought was her and onscreen partner Daniel Padilla’s greatest accomplishment in 2020.

“It was our proudest moment last year. We’re also proud of the fans who stood by us, and the network, no matter what happened. We stayed. We’re sure we did the right thing,” Kathryn declared during a virtual media conference on Wednesday afternoon to promote the finale episode of their digital movie series, “The House Arrest of Us.”

The year 2020 is historical for the Kapamilya network because it had to shut down after Congress voted against the renewal of its 25-year franchise.

The decision resulted in massive job loss. This also forced many Kapamilya talents to work for rival networks to provide for their families.

“I’m proud of how Kathryn has improved as a cook,” said Daniel, laughing; quickly adding that his answer was such because he didn’t want the mood of the media conference to turn serious.

“She really studied all the dishes,” he stressed. “Seriously, I’m most proud of Kath with the things she achieved last year, especially the ones she did without me. All her hard work has paid off.”

Kathryn worked on the romantic drama “Hello, Love, Goodbye” opposite Alden Richards in 2019. She kept receiving acting nominations and awards for the said project until last year.

In “The House Arrest of Us,” Kathryn and Daniel play the newly engaged couple, Q and Korics. The story tells of their adventures when, as a result of the pandemic, they get locked in one house with both their families.

This was why, at the media conference, they were asked what they’d do if ever they would also be forced to stay in one house in real life. The two said they would try to learn to cook as many dishes as they could. “The secret to having a good relationship with your partner’s family is good food, also fun dinners, and bonding,” Daniel explained.

Since the series talks about preparations before marriage, the real- and reel-life couple was also asked about what they learned from doing the series that would best prepare them for married life.

To this, Kathryn said: “Our characters are in the same stage in life as us. We are also trying to figure out how to build a good relationship with our respective families. I think that’s how married life is like. It doesn’t just involve the two of you, but also your families, so it’s important that you’re all OK with each other.”

Kathryn also said the program’s writer, Crystal San Miguel, made sure that she and Daniel had input as to how the story was written. “She interviewed us and included some of our personal experiences as a couple. Q demands that all family members sit down and eat dinner together—that’s the practice in my family,” she pointed out. “What’s good about the show is that you will learn lessons per episode, even though the show is just good for 30 minutes.”

Marriage is a lifetime partnership, added Kathryn. “Once you do this, wala na dapat iwanan. Through victories or failures, you have to be able to walk hand in hand with your partner,” she pointed out.

Daniel agreed, adding that once two people are married, it becomes their duty to take care of and protect each other. “That’s why if you think you still can’t give that commitment to your partner, don’t rush into things. When marriage eventually happens to us, it means I’m ready to give her my everything,” he declared.

Right now, however, the 25-year-old actor said both he and Kathryn are still more concerned about watching over their younger siblings. “Timing is important. It’s not about how old you are, but about how prepared you already are,” he explained.

“And we won’t do it just because of peer pressure. We still want to enjoy being a bridesmaid and a groomsman to our other friends,” said Kathryn. “That’s also what we learned from doing ‘The House Arrest of Us.’ We have to make sure that both our families are ready, too. We don’t want Mama and Tita Karla (Estrada, Daniel’s mom) to faint from emotional shock.”

“The House Arrest of Us,” directed by Richard Arellano, will air its final episode on Jan. 16. Visit KTX.ph for details.

Don’t miss out on the latest news and information.

Marriage and divorce during the pandemic