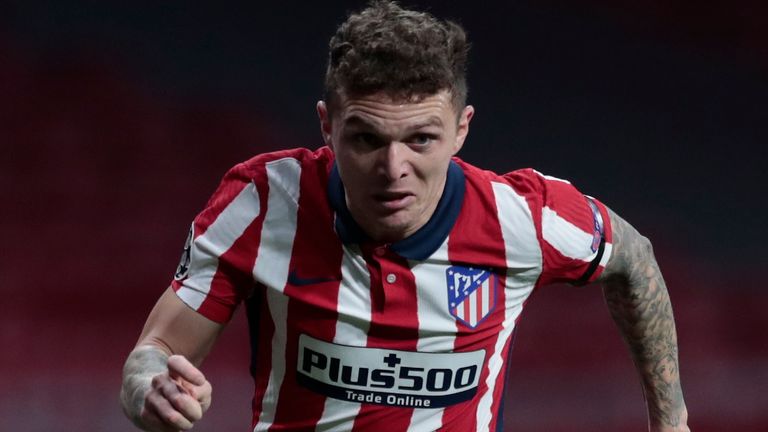 The ruling means the right-back is due to miss Atletico’s next nine games in all competitions, including the first leg of the Champions League last-16 tie against Chelsea, before being eligible to return to face rivals Real Madrid in La Liga on March 7.

Trippier was fined £70,000 and handed the ban, later given worldwide effect by FIFA, in December for breaching the FA’s betting regulations.

Atletico appealed to FIFA arguing the FA’s 10-week ban was not applicable in Spain – and the suspension was subsequently lifted, allowing Trippier to continue playing for Atletico until a FIFA appeal committee decided his fate.

However, on Monday, a statement on FIFA’s official website read: “The FIFA Appeal Committee has dismissed the appeal lodged by the club Atletico Madrid in a case concerning the player Kieran Trippier.

“As a consequence, the decision of the FIFA Disciplinary Committee passed on 23 December 2020 is confirmed, extending sanctions imposed on the player by the English FA to have worldwide effect.”

Despite the outcome of the appeal, the FA failed in its own attempt last week to revise the effective dates of Trippier’s ban – which ends on February 28 – meaning the 30-year-old could still continue playing if Atletico appeal to the Court of Arbitration for Sport.

Trippier, who was found guilty of four of the seven charges against him, missed two La Liga games due to the ban but returned and provided an assist in last Tuesday’s 2-0 win over Sevilla.

Although he is due to miss the first leg of the Chelsea tie, Trippier could play in the return match at Stamford Bridge on March 17 and, if selected, for England when they take on San Marino, Albania and Poland in the last two weeks of March.