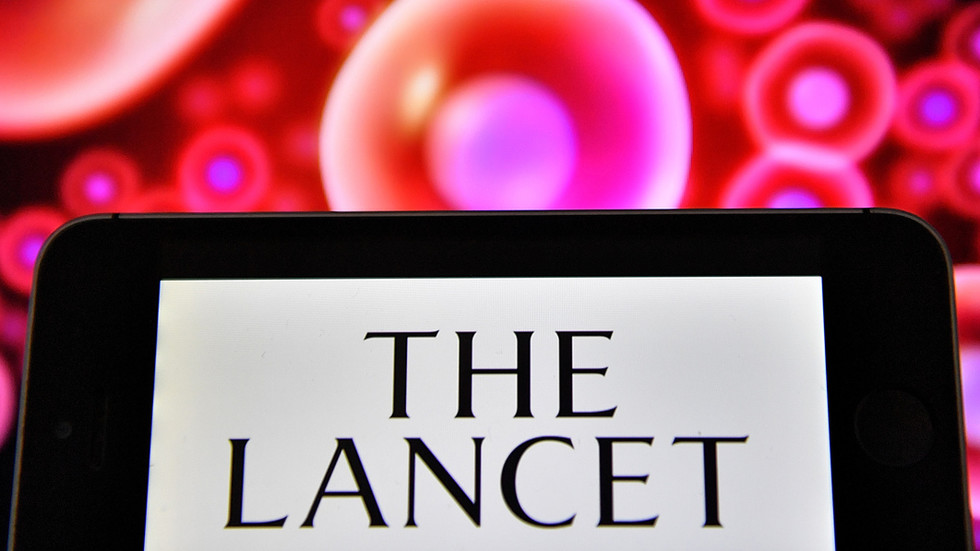 The Russian fund behind Sputnik V has thanked Lancet for putting science ahead of politics after the prestigious British medical journal published peer-reviewed results of clinical trials, showing the jab’s 91.6 percent efficacy.

The high effectiveness of Sputnik V is “really a monumental achievement of Russia, but also a monumental achievement for the world because there are only three vaccines now… with efficacy of more than 90 percent,” Kirill Dmitriev, the head of the Russian Direct Investment Fund (RDIF), which funds the jab, told RT. The other two are the Pfizer and Moderna vaccines.

We are thankful to the Lancet that showed it’s not driven by politics, but it’s driven by science; by desire to really do good science and find the solution [to the pandemic].

The peer-reviewed late-stage trial results, which showed 91.6 percent efficacy of Sputnik V, were published in the Lancet on Tuesday. Two British professors, who commented on the data gathered from almost 20,000 volunteers, recalled how the Russian jab had been “criticized for unseemly haste, corner cutting, and an absence of transparency” in the West. However, the results of the Sputnik V trials were “clear” and meant that “another vaccine can now join the fight to reduce the incidence of Covid-19,” they concluded.


The RDIF refers to Sputnik V as a “humankind vaccine” because of its safety, high efficacy, affordable price and logistics, Dmitriev said. “It can be stored at between plus two and plus eight degrees Celsius versus minus 70 Celsius, required by some US vaccines, and it costs half or one third of the US vaccines.”

The Russian immunization against the coronavirus, which last August became the first to be registered anywhere in the world, is being used in “places that are now underserved by [other] vaccine producers” like Latin America, the Middle East and Africa, he stressed.

“I think it’s very important that not only rich countries get hold of the vaccines. This is really not equitable for the world… There should be mechanisms to really have a much more even and much more equal distribution of vaccines around the globe. And Sputnik V is committed to this.”

Sputnik V has been registered by 16 countries so far, but this number may well increase to 25 next week. With such high demand, the RDIF is experiencing some “production constraints” and foreign clients who currently apply for the jab will only receive the supplies in May or June, Dmitriev said. However, the situation is going to improve after the production of the Russian vaccine in partner countries, like India, Brazil, South Korea and others, reaches full capacity in spring. The facilities inside Russia will also begin working for export needs as soon as the vaccination campaign in the country concludes.

Also on rt.com
Sputnik V expected to protect from Covid-19 for at least TWO YEARS, developer of Russian vaccine says


When asked about the mutations of the coronavirus, especially the highly contagious UK variant of the disease, the RDIF head said that Russian scientists have confirmed that the vaccine by the Moscow-based Gamaleya Institute is “efficient” against them. However, he pointed out that “the more people are left without vaccines – the more mutations will be coming.” In order to eliminate the threat posed by the variants of the virus completely, international cooperation and swift vaccination of the population around the globe is required, Dmitriev suggested.

Attack On Falana Over His Views On Oodua, Biafra Republics Unnecessary, Undemocratic —Group