Grammy-winning rapper Lil Wayne‘s Twitter fingers are either capping or breaking huge news. The self-proclaimed best rapper alive has appeared to announce he’s officially off the market and possibly married. 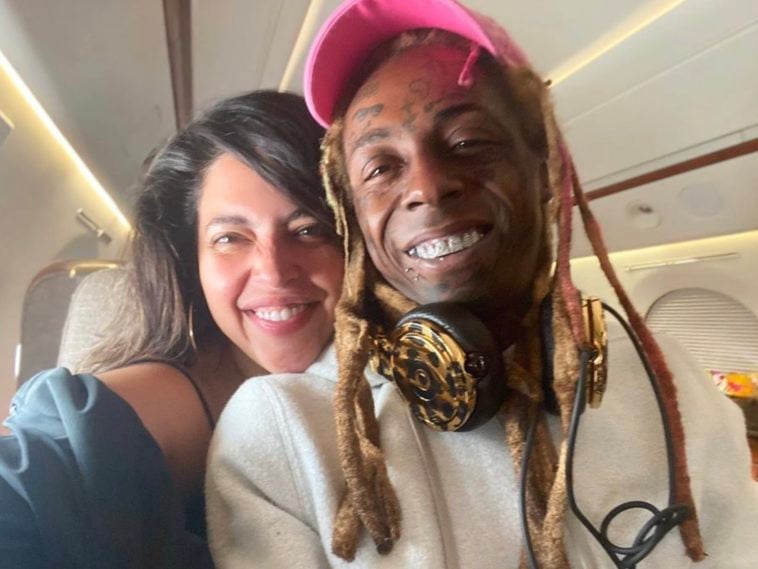 Weezy F. Baby went to his Twitter page to break what might be the biggest relationship news of the week. Wayne shared all types of hype suggesting he is either engaged or married.

“Happiest man alive! Today is the beginning of our forever. Forever?? Forever, ever?? FOREVER EVER!!!!! The Carters.”

In mid-April, Weezy F. Baby went to his social media pages to share a super heartfelt clip. The footage revealed Wayne and his on-again, off-again girlfriend/model Denise Bidot were back in each other’s lives. The footage showed Denise writing her and Wayne’s real name in the sand with a heart around it.

Unfazed Over The Weezy Rumors

In January 2021, Bidot lit up her Instagram page with fresh shots of herself solo and confident. Denise proved she was staying booked and busy amid marital status speculation.

The same week, wild rumors of Lil Wayne and Denise Bidot breaking up sparked when fans noticed the couple were no longer following each other on Instagram. Then, Denise posted a cryptic message on her IG Story.

Say Goodbye to Self Doubt About Finding True Love