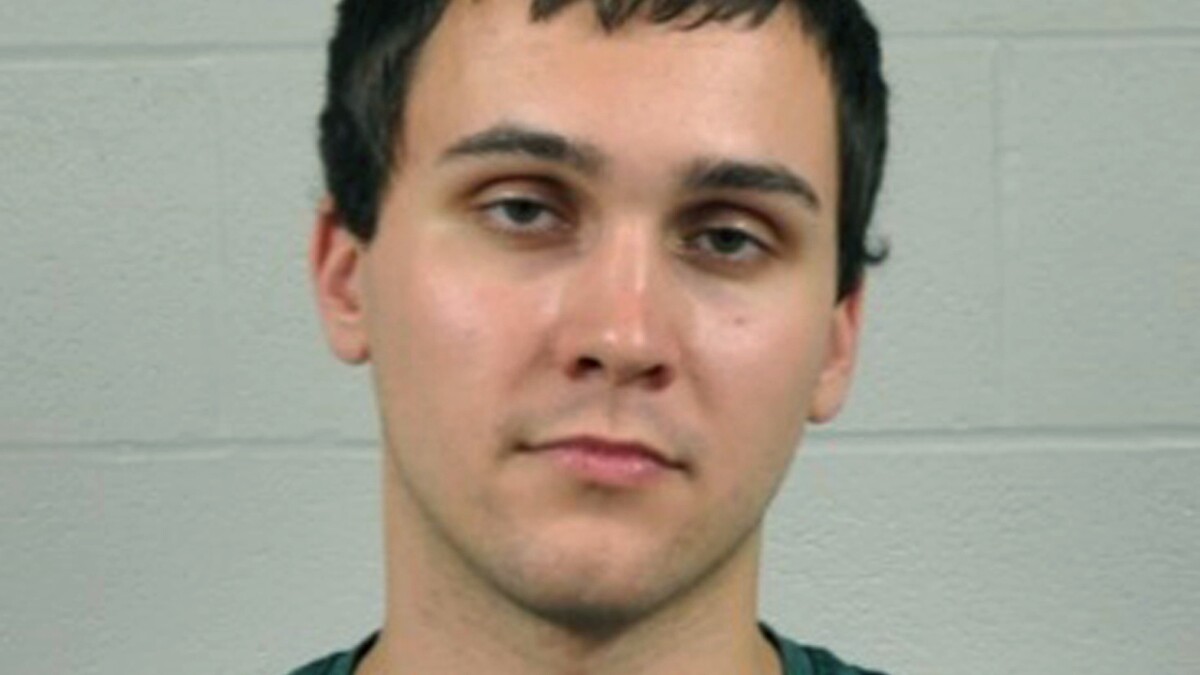 A white man who stabbed a Black college student to death at a bus stop on the University of Maryland’s flagship College Park campus was sentenced Thursday to life in prison for what prosecutors claimed was a racially motivated hate crime.

Sean Urbanski, 25, apologized to the parents of 23-year-old Richard Collins III for the “horrible pain” he caused them and said he wishes he could “go back and change what happened” on the night in May 2017 when he killed the newly commissioned Army lieutenant.

“There hasn’t been a day that’s gone by where I haven’t thought about what I’ve done to you, and if I could switch places with your son I would in a heartbeat,” Urbanski told Dawn and Richard Collins Jr. during a hearing conducted by videoconference.

Prosecutors had sought the maximum sentence of life in prison without the possibility of parole, but Prince George’s County State’s Atty. Aisha Braveboy and defense attorney William Brennan said after the hearing that Urbanski will be eligible for parole under the judge’s sentence.

Circuit Court Judge Lawrence V. Hill Jr. dismissed a hate-crime charge against Urbanski before a jury convicted him of first-degree murder in December 2019. But the judge said Thursday that he believes race and alcohol both were factors in the killing. Hill said he doesn’t believe it was a coincidence that Urbanski stabbed the only Black person at the bus stop that night.

“Race is always amongst us in the things we do and things we say,” the judge said.

Collins’ parents said they wake up every night around the same time that their son was killed. They can’t bring themselves to clean out his room.

“With the passage of time, we have come to the realization that racist hate was the murderer’s only motivation for killing our son,” Richard Collins Jr. said.

Urbanski’s mother told Collins’ parents that the “horror and devastation” of knowing that her son killed their son is with her every day.

“Your son Richard should be here, and it’s my son Sean’s fault that he’s not,” Elizabeth Urbanski said.

Before the jury’s verdict, Hill ruled that prosecutors didn’t meet their legal burden of showing that racial hatred motivated Urbanski to stab Collins, who didn’t know his assailant. But he noted Thursday that he made that ruling before the hate-crime law was changed.

Last year, Maryland enacted legislation bearing Collins’ name to strengthen the state’s hate-crime law so prosecutors don’t have to prove hate is the only motivating factor in committing a crime. The change expanded the law to apply to crimes motivated “either in whole or in substantial part” by race, color, religious belief, sexual orientation, gender, disability or national origin. Collins’ parents had lobbied for a change in the law.

The judge allowed prosecutors to present evidence that Urbanski saved at least six photographs of racist memes on his cellphone and liked a Facebook group called “Alt-Reich: Nation.”

Prosecutors said alcohol and racist propaganda poisoned Urbanski’s mind and emboldened him to act on his hatred of Black people.

“Every murder victimizes more than just the deceased,” a county prosecutor, Jonathon Church, told the judge. “A murder borne out of hate has a ripple effect on the human race.”

Defense attorneys said there was no evidence of a racial motive for the killing.

An expert witness for the defense concluded Urbanski’s blood-alcohol level was three times the legal limit at the time of the killing. Defense attorneys didn’t dispute Urbanski killed Collins and conceded he committed a crime, but they argued he was too drunk to have the intent or premeditation necessary to support a first-degree murder conviction. They urged jurors to convict Urbanski of second-degree murder, which carries a maximum sentence of 30 years in prison.

Collins was commissioned as a second lieutenant in the U.S. Army shortly before his death. He was days from graduating from Bowie State University, a historically Black college, and was celebrating with a friend at bars on the night of his killing.

Urbanski had been enrolled at the University of Maryland’s College Park campus. He too was drinking with friends at bars before the killing.

About 3:30 a.m. May 20, 2017, Urbanski approached Collins while he waited at a bus stop for an Uber driver with a white man who was his friend and an Asian woman whom they had just met. Urbanski brandished a folding knife as he approached the friends from a wooded area, according to prosecutors.

“Step left, step left if you know what’s best for you,” Urbanski told them, according to police.

“No,” Collins said before Urbanski stabbed him once in his chest.

Urbanski then pocketed the knife and sat down on a bench until police arrived and arrested him at the bus stop.

“My son committed the unpardonable sin of saying, ‘No,’ to a white man,” a tearful Dawn Collins told the judge.

She said her son, her husband and her father-in-law all proudly served their country.

“Not white America. Not Black America. The United States of America,” she said.