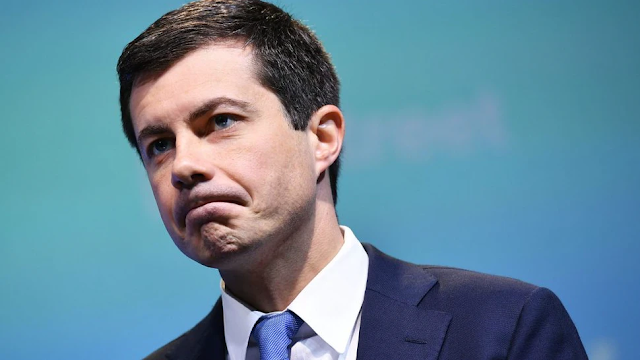 According to a March poll by The Associated Press-NORG Center for Public Affairs Research, “40% of white evangelical Protestants said they likely won’t get vaccinated, compared with 25% of all Americans, 28% of white mainline Protestants and 27% of nonwhite Protestants.”

The Associated Press reported in early April that, “The findings have aroused concern even within evangelical circles. The National Association of Evangelicals, which represents more than 45,000 local churches, is part of a new coalition that will host events, work with media outlets and distribute various public messages to build trust among wary evangelicals.”Transportation Secretary Pete Buttigieg spoke with CNN’s Jake Tapper on Sunday, and responded to this poll by arguing that the COVID-19 vaccine may be “part of God’s plan.”

“A recent poll showed that almost three in 10 white evangelical Christians said that they will definitely not get vaccinated,” Jake Tapper said. “That’s the second highest group in the country refusing to get vaccinated behind Republicans.”

“You’ve been outspoken on issues of your personal faith, otherwise I wouldn’t normally bring this up,” Tapper continued. “Why do you think it is that so many of your fellow white evangelical Christians are reluctant to be vaccinated and what’s your message to them?”

“You know, sometimes I’ve heard people I care about saying, you know, ‘If I’m faithful, God’s going to take care of me,’” Buttigieg responded. “And I guess what I would hope that they might consider is that maybe a vaccine is part of God’s plan for how you’re going to take care of yourself.”

Buttigieg then acknowledged that his opinion would be unlikely to persuade evangelical Christians to receive a vaccination, arguing that pastors should be encouraging their communities instead.

“In the end, I have to admit that it’s unlikely that an official like me is going to be persuasive to somebody who maybe doesn’t feel like Washington has been speaking to them for a long time,” Buttigieg admitted. “But this is where faith leaders can make such a difference. Pastors, I mean the very word ‘pastor,’ the idea of pastoral care is about supporting those who look to you for guidance.”

“So I hope anybody who is looking after a community of people, including a faith community, will consider ways to help guide them toward steps that can protect them and protect those around them,” Buttigieg concluded.

Buttigieg has a history of using religion as a political platform, often while simultaneously criticizing conservatives. During the presidential campaign, Buttigieg accused the Republican Party of cloaking itself “in the language of religion.”

“The Republican Party likes to cloak itself in the language of religion. We should call hypocrisy, and for a party that associates with Christianity to say it is OK to suggest that God would smile on the division of families at the hands of federal agents, that God would condone putting children in cages has lost all claim to ever use religion language again,” Buttigieg said in June 2019.