“Everything will be… all right.” Janus Films + Film at Lincoln Center have revealed a new trailer for the restored re-release of Andrei Tarkovsky’s 1975 film Mirror, also known as The Mirror, originally Зеркало (Zerkalo) in Russian. Tarkovsky made this one right after finishing both Andrei Rublev and Solaris, but it got lost in time as it didn’t even make its way to America until five years later, first showing at the Telluride Film Festival, then opening in cinemas in 1983. A dying man in his 40s remembers his past. His childhood, his mother, the war, personal moments and things that tell of the recent history of all the Russian nation. Mirror features Margarita Terekhova, Filipp Yankovsky, Oleg Yankovsky, Ignat Daniltsev, and Maria Tarkovskaya. For those who haven’t seen it and need convincing: “Mirror stands as perhaps the most extraordinary triumph of Tarkovsky’s short yet remarkable career, fashioning an originally lyrical and oneiric style to express intimate ruminations about family, history, creation, memory, and time.” See below. 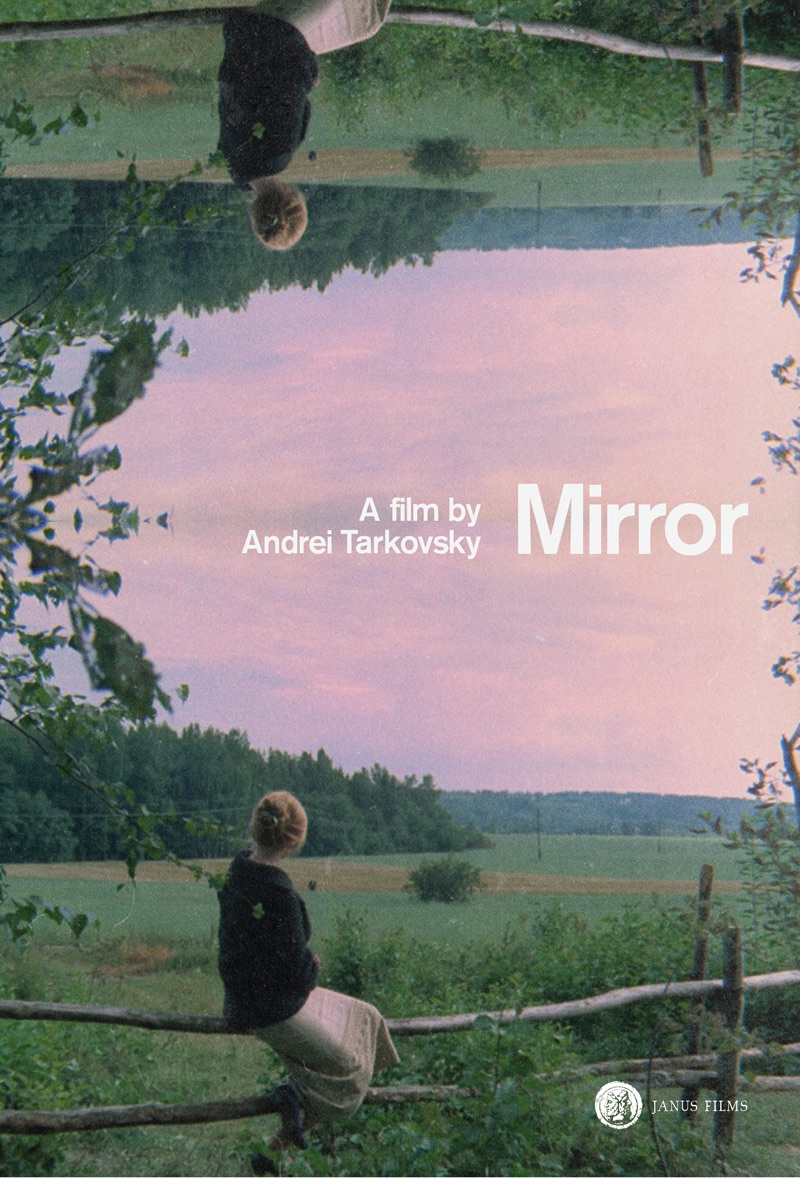 A senses-ravishing odyssey through the halls of time and memory, Andrei Tarkovsky’s sublime reflection on 20th century Russian history is as much a film as it is a poem composed in images, as much a work of cinema as it is a hypnagogic hallucination. In a richly textured collage of varying film stocks and newsreel footage, the recollections of a dying poet flash before our eyes, dreams mingling with scenes of childhood, wartime, and marriage, all imbued with the mystic power of a trance. Largely dismissed by Soviet critics upon its release in 1975 due to its elusive narrative structure, Mirror has since taken its place as one of the titan director’s most renowned and influential works, as a stunning personal statement from an artist transmitting his innermost thoughts and feelings directly from psyche to screen. Mirror (aka The Mirror) was directed by Russian filmmaker Andrei Tarkovsky, his fourth feature film at the time following Andrei Rublev and Solaris just before it. The film premiered at the Moscow Film Festival in 1975 and didn’t play in the US until screening at the 1980 Telluride Film Festival. Janus Films will re-release Tarkovsky’s Mirror in “virtual cinemas” starting on January 29th at Film at Lincoln Center. For more details, visit their website.

Burna Boy Set To Perform With Billie Eilish, At The Governors Ball