Now with incredible offers on dell.co.in

Nokia 5.4 has been teased on Flipkart ahead of its launch in India. The Nokia 5.4 was launched in December 2020 and is the successor to the Nokia 5.3. The company is yet to reveal an exact date for the launch of the Nokia 5.4 but it is rumoured to launch alongside the Nokia 3.4.

Never miss out on learning and exploring new things with the Nokia 3.4. Stay tuned to #AddNewToYou.#Nokia3dot4 pic.twitter.com/DMDGvLmUhd

The listing of Nokia 5.4 has gone live on Flipkart teasing its key features. The landing page shows off the design of the phone along with its front-facing camera and more. As per a previous report, the Nokia 5.4 could launch as soon as February 10 alongside the Nokia 3.4. Nokia has also started teasing the launch of the Nokia 3.4 in India officially so it’s likely we will see both phones arrive at the same time. 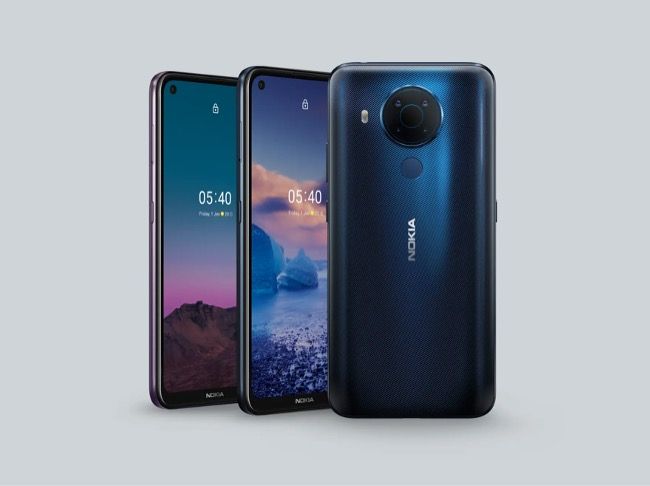 Nokia 5.4 features a 6.39-inch HD+ (1560 x 720 pixels) resolution display with a punch-hole cutout for the selfie camera. The phone has an 8.7 millimetres thickness and weighs 181 grams with a fingerprint reader situated on the back panel.

The Nokia 5.4 is powered by the Qualcomm Snapdragon 662 processor with an octa-core CPU and Adreno 610 GPU. This is paired with 4GB/6GB of RAM and upto 128GB storage options to choose from. It also lets users expand the storage by using a microSD card slot. The phone runs on stock Android 10 out-of-the-box.

It features a quad camera setup on the back with a 48MP primary camera, a 5MP ultra-wide-angle camera, 2MP macro camera and 2MP depth sensor. The rear cameras can record in 4K UHD at 30FPS and 1080p at 30FPS. On the front, there is a 16MP selfie camera housed within the punch-hole cutout.

Nokia 5.4 is equipped with a 4,000mAh battery that supports 10W charging and the phone is offered in two colours: Polar Night and Polar Dusk.

YouTube says it has temporarily demonetized James Charles' channel, which has 25.5M+ subscribers, after 15+ sexual misconduct accusations from men and boys (Kat Tenbarge/Insider)

One thought on “Nokia 5.4 teased on Flipkart hinting at its imminent launch in India”