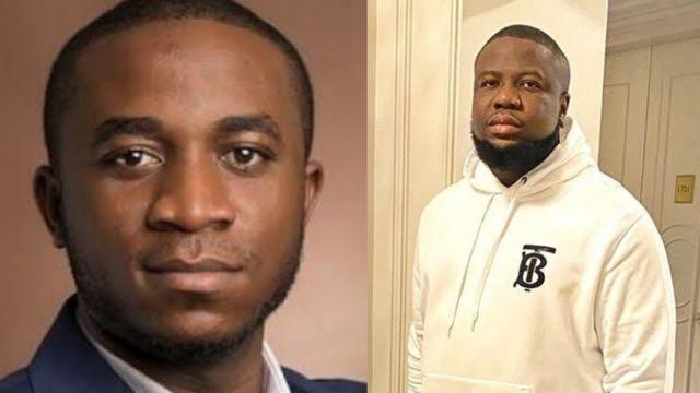 US court based in Virginia sentences Obinwanne Okeke to 10 years in prison over $11 million scam against US companies and individuals after pleading guilty.

According to punch, Okeke, the founder of Invictus Group, has a degree in International Studies and Forensic Criminology and Masters of International Relations and Counter-Terrorism Studies from Monash University in Australia, according to his official profile.

He was named on the Forbes Africa’s 30 Under 30 For 2016 and was featured on the magazine’s June 2016 cover. A year later, CNBCA named Okeke as a finalist for Young Business Leader of the Year (West Africa).

The 33-year old Okeke and other conspirators engaged in an email compromise scheme targeting Unatrac Holding Limited, the export sales office for Caterpillar heavy industrial and farm equipment. In April 2018, a Unatrac executive fell prey to a phishing email that allowed conspirators to capture login credentials.

MY THOUGHTS:
10 years prison sentence over $11M is fair enough. Between 2026/2027 he might set free to enjoy the money he must have kept somewhere. He got himself a good lawyer I guess.

Though in the United States, sentences are not calculated but written into the law related to specific crimes. 1 Prime might have a 10 year minimum while another has life while another maybe even carries the death sentence.

It’s not a matter of mathematics but rather how the laws are written. And some sentences are written so that you can get paroled in less time and get out. And you can get time off for good behavior while you’re in prison.

Hushpuppi hope, wish and pray for this too; unfortunately his might be over 20yrs prison sentence because of the gravity of the crime committed.

Say No To Fraud!

What’s your take on this?

Was Jayon Brown to blame for communication problems on Titans defense?