Every lodge I have visited has its “thing”. There is a lot to like about Motswiri Private Safari Lodge, but my personal favourite feature is the waterhole. It’s sheltered in a bushy cove surrounded by two rooms on one side and the lodge pool deck and boma area on the other. The lodge has an unobtrusive electrified fence so that you can walk around safely but the rooms and main lodge areas are elevated above this so that you can clearly see the waterhole and down the valley. The boma area is on the ground level but the electric wires here are horizontal so that you can get an unobstructed view of the floodlit waterhole area. Read more about my adventures in Madikwe.

A BIG and welcome visitor

A few minutes after arriving and settling into my room, a massive elephant bull appeared at the waterhole and spent nearly an hour drinking. The waterhole is fed by a pipe from the lodge and this elephant was clearly no stranger to the area. He knew where the outlet was and would put his trunk directly over the pipe exit and suck up a trunkful before spraying it into his mouth. The two rooms that overlook the waterhole are sheltered enough that I was able to move quietly onto the deck and sit and watch him. 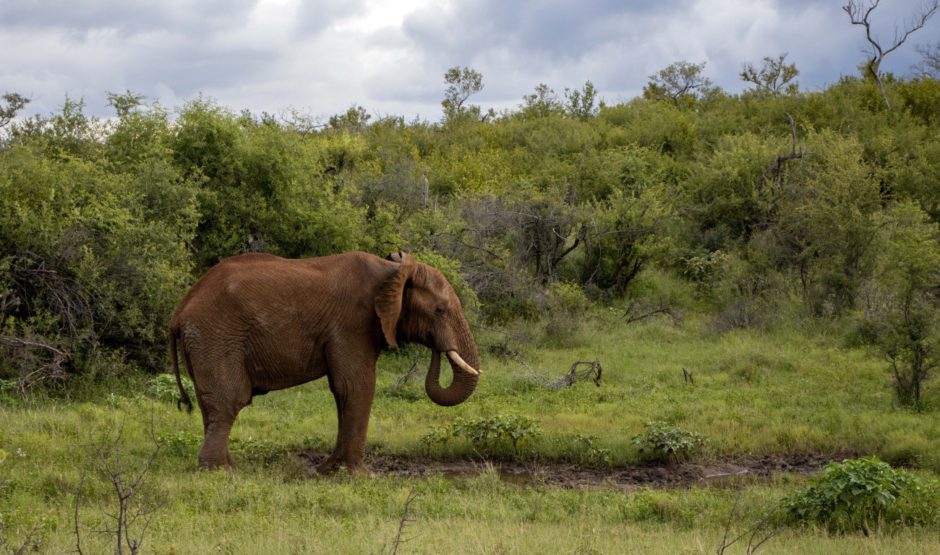 Elephant at waterhole in front of Motswiri Private Safari Lodge

After he had had his fill, which seemed like it must have been a million litres at least, he began browsing on the lush grass that was growing between the waterhole and my room. When he was right up to the deck something made him look up and he suddenly saw me and jolted. He shook his head and wheeled around on one leg preparing to flee. It was almost like his feet reacted before his brain and once he had processed the situation and realised that I posed no threat, he very casually turned around again. Cool as a cucumber he carried on browsing but I could see he had an eye on me the whole time.

A while later, after he had left, a family group of kudu came past for a drink and then, after they had left, a sizable group of impala. As if they each knew their place in the bushveld hierarchy and were taking turns.

Motswiri puts you in the right place

Besides the great game viewing that can be had without even leaving the lodge, Motswiri Private Safari Lodge is well suited to easily access a number of the diverse habitats on the reserve. It’s one of the last lodges on the western side of Madikwe and we had great access to the central and western areas of the reserve. This made a difference as the land was very wet and there were many areas that were inaccessible. At some other lodges, this sometimes means having to drive a bit before you are in the more accessible areas.

We had bumper game viewing with Elliot, our ranger, and were able to spend quality time with some wild dogs, a small group of lions consisting of a lioness and two massive full-maned males, and always a highlight of any safari, a magnificent leopard. Leopards are not seen as frequently here as in some parts of the country so this really was a bonus. For me, the animals that you do see regularly at Madikwe make it a must-visit destination for first-timers and seasoned safari-goers alike. 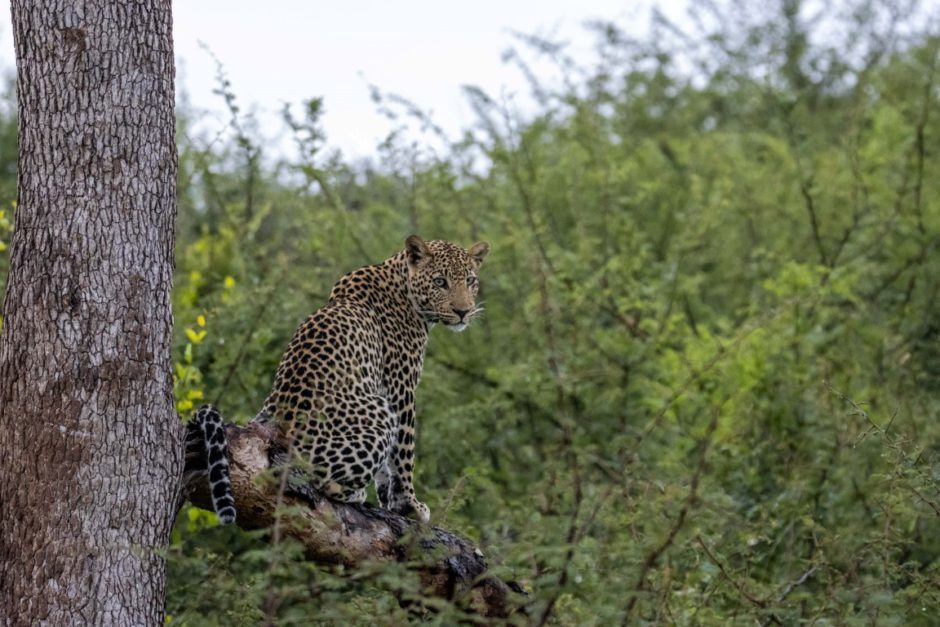 An exciting sighting at Motswiri: Leopard

Although we were not lucky enough to see another of my favourites, the brown hyena, Madikwe is one of the best reserves to find these beautiful carnivores. It’s actually quite unusual to not see them, but that’s the pot luck of being on safari anywhere. For those who might not know, the brown hyena is (I think) the better looking cousin of the more well known spotted hyena. It’s one of four hyena species and is currently the rarest. Classified as near threatened on the IUCN Red List.

Although the main purpose of a safari trip is game viewing, the lodge plays a not insignificant part in the whole experience. Motswiri excels in genuine, attentive service. My friend Marlin and I were lucky to be the only guests in the lodge throughout our stay and the staff kept things relaxed and although there were times where I felt a little shadowed we were never overwhelmed by the solo attention. Our meals were simple and perfectly tailor-made to our tastes and preferences.

After a number of nights on safari already I was not keen on huge portions and too many choices and the chef spoke to both of us regularly and provided perfect portions. I don’t eat meat and sometimes find African chefs struggle with this, but the chef at Motswiri provided a diverse menu at each meal. I skipped lunch on our first day but Marlin headed down for an easy and relaxed burger meal. You don’t go to a lodge like Motswiri for the food or service, but nothing was too much trouble and we never went hungry. 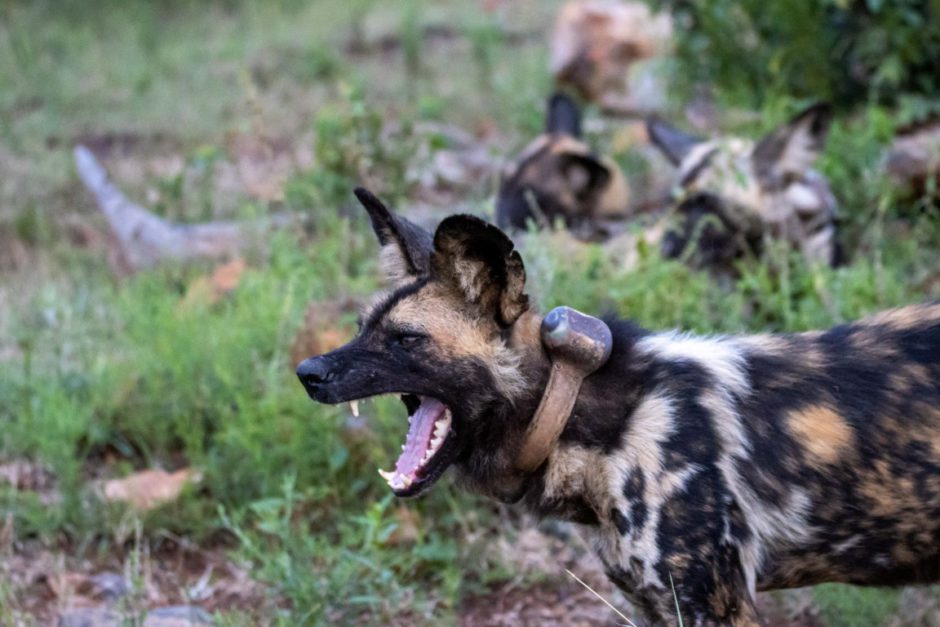 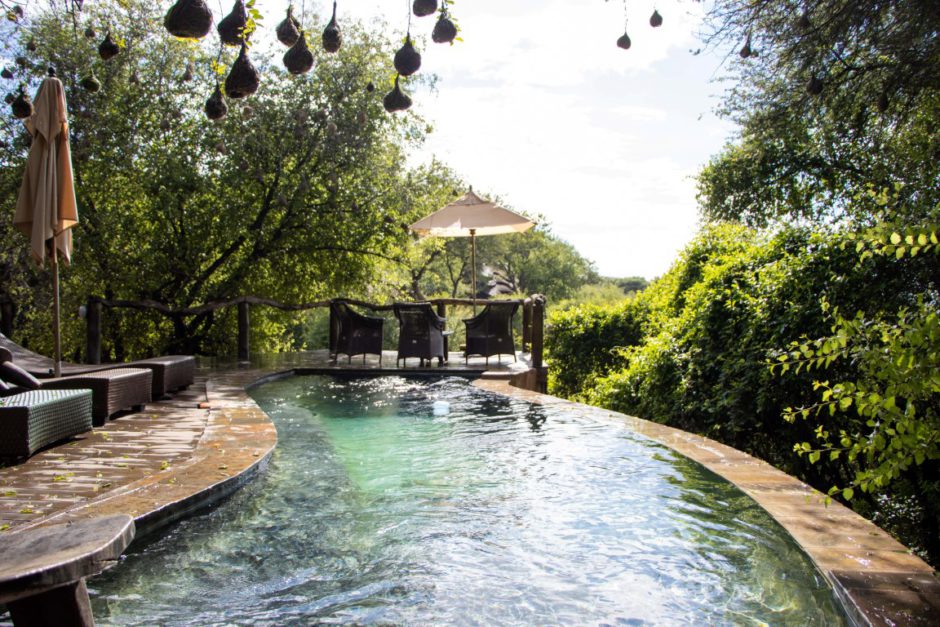 Relaxing next to the pool

… solo travellers as the bar area lends itself to meeting new friends if you want to, yet the lodge is private enough for couples and families too. So there is really no excuse not to visit this incredible lodge.

Would you like to swim in the pool surrounded by South Africa’s wild bush? Our travel experts look forward to planning your (next) dream safari at Motswiri Private Safari Lodge and other top accommodations in the most beautiful places that our continent has to offer.