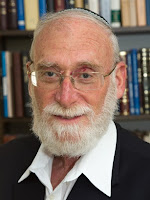 Hashem said to Moshe, “Come to Pharaoh, for I have made his heart and the heart of his servants stubborn so that I can put these signs of Mine in his midst; and so that you may relate in the ears of your son and your son’s son that I made a mockery of Egypt … that you may know that I am Hashem.

Miracles are the foundation of belief. Thus, G-d opened the Ten Commandments with the declaration, “I am Hashem, your G-d, Who has taken you out of the land of Egypt.” (Shemot 20:2) We find, however, an apparent contradiction regarding the issue of miracles.

There are times that we are told to sit by passively and not to do anything, but rather to rely on miracles. For example, at the splitting of the Red Sea Bnei Yisrael were told, “Hashem shall make war for you, and you shall remain silent.” (Shemot 14:13) Similarly, Gideon was told in his war against Midian that there were too many soldiers with him, “lest Israel aggrandize itself over Me, saying, ‘ My own strength has saved Me.'” (Shoftim 7:2) He maintained only three hundred men, and through them Israel was saved. In the same way, King Hezekiah said, in contrast to previous kings, “I do not have the strength neither to kill, nor to chase, nor to sing [praise]. Rather, I will lie on my bed and You will do. G-d said, ‘I will do,’ as it says, ‘An angel of Hashem went out and struck down the Assyrian camp.'” (Midrash Rabbah Eichah 4)

On the other hand, we find that in the battle of Ai Yehoshua was required to take action and to employ military tactics. Similarly, we are familiar with the rule, “We do not rely on miracles.” (Pesachim 64b)

Rav Kook zt”l explains that the resolution to this issue depends on the spiritual state of the nation. When Bnei Yisrael are on a high spiritual level and are firm in their belief in G-d, there is no need for overt miracles. The opposite is true; the greatest demonstration of faith is when one follows a natural course of human hishtadlut (endeavor) and Divine help accompanies him in whatever he does. The Ran writes this same idea in his Drashot, on the pasuk, “Remember Hashem, your G-d; that it was He that gave you strength to make wealth.” (Devarim 8:18) The pasuk does not say that G-d makes the wealth for you while you sit idle, but rather all the doing is yours and Hashem supports you and gives you the strength to make the wealth!

In this vein, Chazal comment (Shabbat 118b), “One who recites the Hallel every day disgraces and blasphemes,” because in doing so he bases belief only on overt miracles alone. However, true belief is recognizing the Divine assistance that is always present in all courses of nature. This is what we say in davening, “On your miracles that are with us every day, and on your wonders that are at every moment.”

However, when the nation falls from its spiritual stature — when it is preoccupied with materialism and does not see the hand of G-d in everything — man’s hishtadlut will not lead to belief. Just the opposite! The more he expends human effort, the more he will think, “My strength and the might of my hand made me all this wealth.” (Devarim 8:17) In such a situation, it is necessary to increase the performance of miracles and to minimize human attempt and effort.

In the period of Egypt and the Wilderness, when the nation was young, there was a need for overt miracles in order to establish belief in Yisrael. However, when they entered Eretz Yisrael and were already accustomed to miracles, it was possible to rely on human effort and to see G-d’s hand evident in it. In contrast, in the time of Gideon the nation had already sunk to a low spiritual level. The same was true in the times of Hezekiah, after his father, Achaz, tried to abolish the name of G-d from Yisrael. Thus, there was a need to refrain from human initiative and to rely on a miracle in order to strengthen belief.

The ultimate redemption can come in one of two ways. The first is miraculously, “As in the days when you left Egypt I will show it [=the nation] wonders.” (Micha 7:15) The second is in a natural manner, “little by little.” The superficial view is that if we are worthy we will merit overt miracles; if not, the redemption will come about through natural means. However, according to what we explained above, the opposite is true. In the ideal situation there is no need for miracles, and only if the nation declines will there be a need for miracles.

The Gemara in Yoma (29a) compares the miracles of Egypt and of the first Temple to night and Esther to dawn. “Just as dawn is the end of the night, so too Esther is the end of all miracles.” When the dawn breaks there is no longer any need for a candle and it is possible to extinguish it. In the ultimate redemption there will be no need for miracles since there will be a great light, and the Divine Providence will be recognized also in the course of nature.

The Area Control Game of Monsters & Miracles by The Ministry of Meeples :: Kicktraq

Christianity on display at US Capitol riot sparks new debate