Well, I look forward to watching whatever games top either final from the weekend! We saw two brilliant games that had you on the edge of the seat – even watching along at home on the couch was a tiring affair.

These games are the reasons we love the game so much.

So then… we meet again, Kiwis. It’s no rest for the wicked and we’re now straight into Super Rugby trans-Tasman. A Saturday night triple-header feels like a great way to complete Round 1, as well!

And I, for one, will be intrigued to see just how big or otherwise this supposed gap between the competitions really is. I don’t think it’s nearly as big as plenty would like to think it is.

It’s great to be back in the chair steering the panel again, I can’t wait to rip into this weekend’s games.

If we do persevere with the model of standalone domestic comps followed by a crossover Trans-Tasman tournament, a week off between the two is a necessity.

We need to avoid the situation the Reds have found themselves in – naming a weakened team to avoid having too many players back up six days after a taxing final. I was fully intent on tipping Queensland, but with their XV I can’t see them getting past the Highlanders in Dunedin. 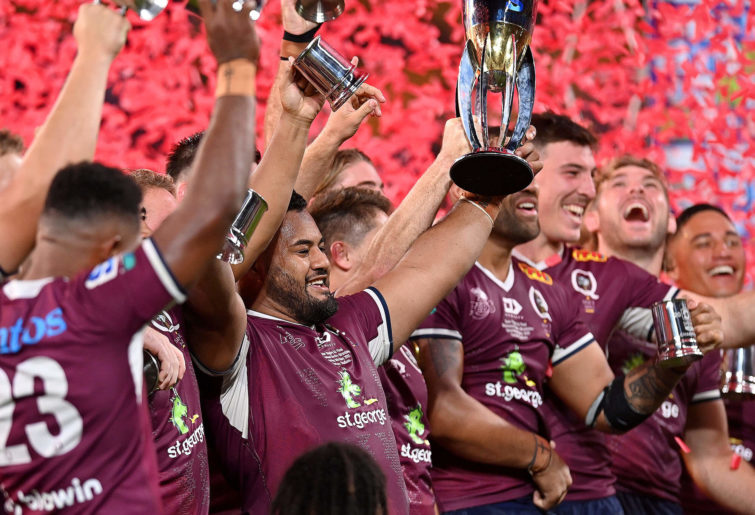 How well will the Reds back up? (Photo by Bradley Kanaris/Getty Images)

The next two matches are straightforward: the Canes will cruise to a win against the ‘Tahs (dare I say the margin will be plenty?), while asking the Brumbies to back up against the Crusaders is a cruel bit of fixturing – although in some ways it’s not the worst thing for them to get their trip to Christchurch out of the way nice and early. At any rate, the men in red are impossible to overlook in this one.

The Kiwi sides also deserve favouritism in the late Saturday night games, although both could be close-run encounters.

The Rebels are capable of matching it with the Blues and the Force have the defensive starch to frustrate the Chiefs, but I can’t see enough attacking prowess in either of the Australian sides to outscore their opponents.

SURE THING: There will be an Australian upset or two during the competition. Just maybe not this week.

Get out the broom.

The gap grew. Derbies fool us.

Just like the Six Nations made some people think half of the Scottish team is ready to win on the High Veldt. And that Jonny Hill is the new Lood de Jager, just because he has a baby face. And that Duhan van der Merwe has a chance in hell touching Cheslin Kolbe.

The Reds will worry the Highlanders for a half, but the ruck-reload speed indoors will stagger the visitors, who just spent a tonne of energy getting on top.

The battle of the harbour towns: I worry about the Tahs keeping the Canes under 50, and I don’t see them doing it. 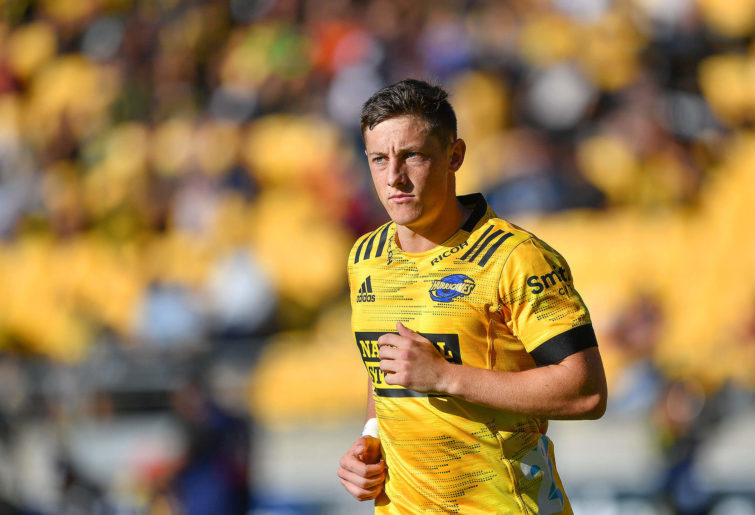 The Brumbies have the least enviable trek: to Christchurch, to play Richie and Will. Crusaders by more than plenty.

The Rebels will see a lot of Blue flashes and bashes. Auckland by 25.

The Force will be brave. The Chiefs will score at will.

SURE THING: Australian rugby needs one thing more than anything else: pure, raw, unadulterated speed. Speed on the ball. Speed of thought. Speed to the ruck; and clear. This is what we will see, illustrated.

In all of the euphoria of getting a trans-Tasman competition up, it’s only now that some of the detail has presented itself to be picked over. And there are more holes than a block of Swiss cheese, a crocheted blanket and the General Belgrano combined.

The Reds drop straight into seven degrees in Dunedin, off a six-day break, two of which have been spent on the piss. Unlikely.

Waratahs players have undertaken counselling mid-week to overcome their sadness at news chairman Roger Davis is moving on. Unlikely.

The Brumbies did themselves proud, even though they came up short in a gripping final. They’d ordinarily be the best chance of an Australian win, but they just happen to draw the Crusaders in Christchurch first up. Unlucky. And unlikely.

The Rebels are well rested and focused under interim coach Kevin Foote. They’d be a chance too, against a slightly underachieving Blues side. But they have Trevor Hosea, Isi Naisarani and Pone Fa’amuasili watching on from the naughty chair. Unlikely.

The Force are also at home, have improved throughout the season and still have upside. The Chiefs are skinny at lock, but I like how coach Clayton McMillan says how he won’t allow his boys to be distracted by the antics of their bus driver, and will have them up for the game.

SURE THING: The News Corporation presses are already primed, set to run. A 5-0, or even a 4-1 split to the New Zealand sides, will instantly draw a plethora of “We told you so” and “Australian rugby back in the doldrums” stories.

Have been really looking forward to getting stuck into our cobbers across the pond and finally that time is here.

The Reds and Highlanders clash has had me tossing and turning all week, certainly the hardest decision in my view from the opening round.

Both sides look down on personnel and the Highlanders will have to make do without the use of Tony Brown’s house for this section of the calendar. In the end I have settled on the Highlanders due to the Reds having just a six-day turnaround after such an intense final. (I mean, how do you get yourself back up straight after that).

They take on a well-rested Highlanders side at home. I would also be nervous about the Reds kicking game which I thought was a bit average in the final, a repeat would be ill-advised against Kiwi opposition.

Big question mark for me over the Rebels and how they line up after losing their head coach and I think the Blues have too many guns for them to get up, while the Force are perfectly suited to spoil and frustrate the Chiefs free flowing game, but I just don’t see how they will score enough points.

I am picking the Chiefs will be stinging a bit after losing in the final so the Chiefs for me in Perth.

The Brumbies too will be stinging after their final loss and one would think it’s a perfect scenario to get right back on the horse and put that result in the rear view mirror the very next week and they will be well up for the Crusaders challenge. However, given their own injury concerns, I do not believe they can put 23 up that will do the job, am picking the Crusaders will pull away in the last 20 based on what I believe will be a stronger bench. 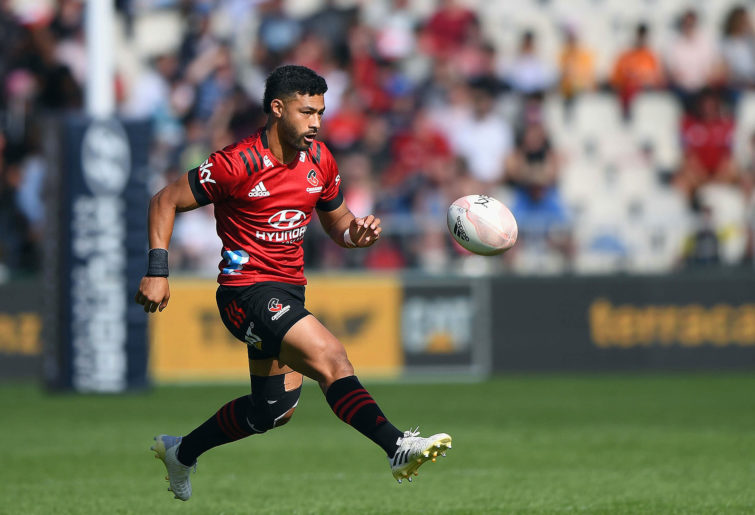 And for the match of the round, the greatly anticipated battle of the respective wooden spooners, Canes by plenty please based purely on the fact that I cannot bear the idea of Machooka’s crowing if the unthinkable transpires, I am sure he would agree with me on this occasion.

SURE THING: Pretty certain at least one of the Kiwi Captains will mistakenly ask for a referral during this opening round and Jordie will kick a maximum at the SCG.

Well, this is all a bit disappointing, isn’t it? First week back in the chair and I’m surrounded by sheep. Baaaaa, you blokes. Bbbbaaaaaaaaaaaaaaaaaaaaa…

Anyways, to prove this, I am hereby backing the Reds, the new kings of the rugby world, to produce the first almighty headline of trans-Tasman. Six-day turnaround after two days on the sauce and a flight to the bottom end of the South Island? No problems! Four bucks for the win? I could be tempted, yes indeed.

Hurricanes do look a bit strong for the Waratahs, but will it be by plenty? Honestly, it’s enough to keep a Digger up at night.

The Brumbies kick off their three-week tour of hell in Christchurch, and it won’t be much easier once they get to Hamilton. Might even be worth saving everything up for the Smurfs the following week. Not sure the Brumbies start trans-Tasman with a win, but I look forward to being wrong.

I never look forward to being wrong about the mob from Auckland, but here I am giving them to the benefit of significant doubt and starting trans-Tasman from a clean slate. This is actually a hard tip, what with the science of a new coach being on board for the Rebels as well. You shouldn’t go against science, so you’re on notice, Smurfs. 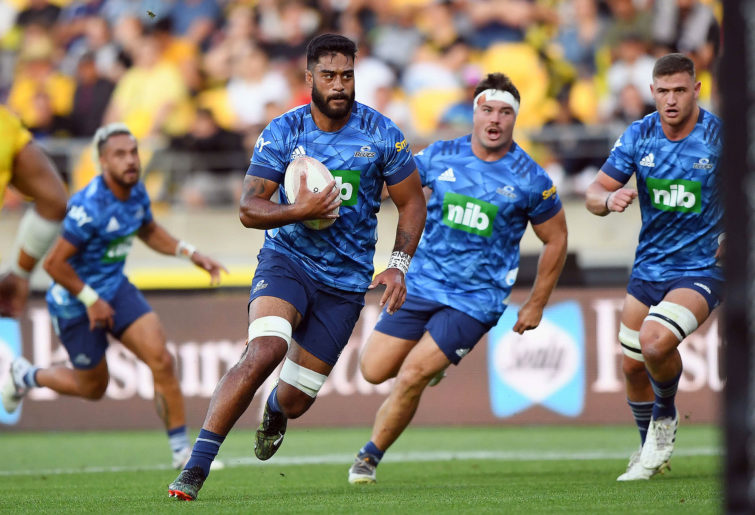 And I said on Tuesday that the Force will and should fancy their chances against a Chiefs side reacquainting themselves with their passports. They’ve had to pick up a couple of locks en route, and get a fresh supply of crutches and the like to aid their walking wounded. And also, because of these sheep around me. Baaaaaaaa…

SURE THING: I don’t think the Tahs win this weekend, but something tells me they get a win somewhere. And as I wrote on Tuesday, imagine being the first side to lose to the Waratahs in 2021!

Get your tips in now.

Found form behind the stumps, Jos Buttler all set to find his Test identity