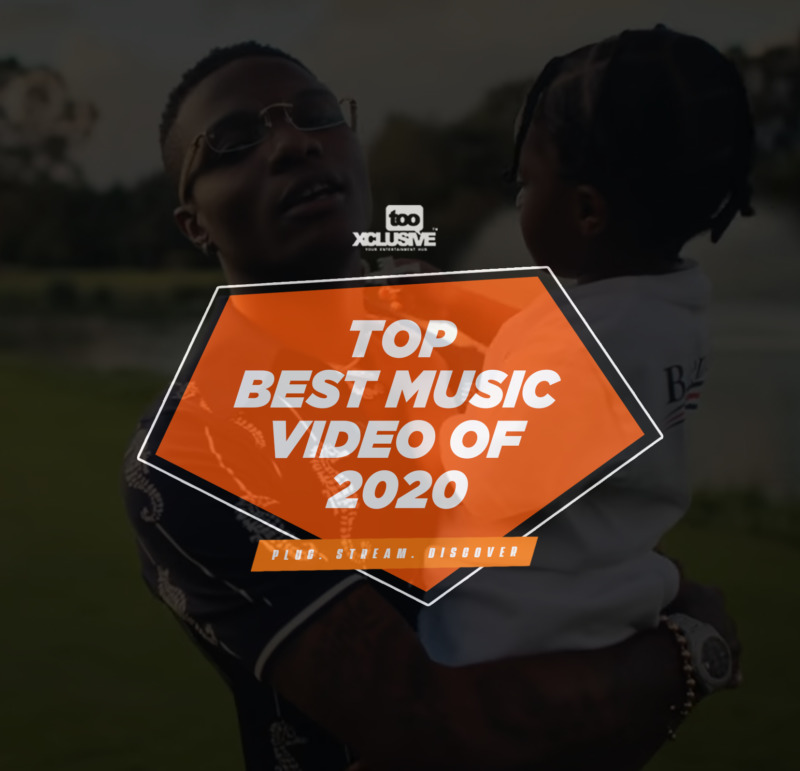 While the coronavirus pandemic kept us inside all through 2020, some of Nigeria’s top music acts kept us entertained with groundbreaking music videos.

While giving Micheal Jackson’s moves to Bady Boy Timz, “MJ,” to carrying a fake baby bump to Simi’s “Duduke,” here are the Top music videos of 2020 in no particular order.

Legendary award-winning singer, Angelique Kidjo and Yemi Alade joined forces to create real African music that hasn’t been heard in a long time with “Shekere.” The collaboration came as no surprise as both women despite all the fame and glory have always paid homage to their roots so it made perfect sense.

“Shekere” stands out from Alade’s “Woman of Steel” album not solely because of Angelique Kidjo but of the uniqueness which speaks of Africa’s greatness in all its beauty. The visuals did a fantastic job in portraying the message of the song. Directed by Ovie Etseyatse and shot in Kenya, the colorful video features a group of African tribesmen dressed in colorfully extravagant costumes dancing to give viewers a taste of what really goes on in Africa.

The intro of the video sets one’s heart racing making one anticipate what would come next. The song comes on and there are happy people dancing all over the place. Yemi and Kidjo’s looks, the breathtaking set backgrounds are all on point. Everything was purely natural as both women looked like they were having real fun and might have even forgotten they were shooting a video at some point.

Released off his “A Good Time” album, the visuals which stars his fiancée Chioma is aimed at inciting the flame of love in its many viewers.  Directed by Priorgold Picture, the video sees Davido and Chioma enact the Nigerian tradition of paying a woman’s bride price before one takes a woman as a wife. The visual takes place outdoors with horses, and women clad in beautiful colors and African styled designs. The lovers share their love for each other on camera with tender touches and warm gazes into each other’s eyes.

“Wonderful” is the first single off his critically acclaimed album “Twice As Tall.” The video opens up with Burna lying asleep on a palm front “somewhere in the land of warriors, kings, and queens” where he is woken from his slumber by a gorilla and ambushed by some warriors dressed in traditional clothing. It then turns into a celebration where both the warriors and Burna are seen dancing.  The tribal markings, the clothing choice, and the setting depict old African ways. The video teaches that no matter where we are, we need to remember our roots.

Prior to the release of his “Made In Lagos” album, Wizkid released “Smile” which features Grammy-winning American singer, H.E.R. With this video directed by Meji Alabi, Wizkid not only showed that he has evolved as an artiste but reminded everyone that there is always a reason to smile even if things are not looking good.

The clean and amazing visuals see people from different paths of life showcasing their breathtaking smiles. From groups of friends, couples young and old, women clad in their sharp-looking iro, buba, and gele, Banky Wellington, Tunde Demuren the video for “Smile” is enough to break the heart of a hardened criminal. Wizkid made sure to put in what he loves most; Amala, Suya, and his children, Bolu, Ayo, and Zion who all made special appearances in the masterpiece.

Burna Boy is an amazing storyteller and in “Real Life” which features UK rapper, Stormzy, he precisely depicts what real life really is. The video is mainly about the struggles of Blacks in London and overseas. Set in the impoverished districts of London, the visuals directed by Meji Alabi’s showcases different routes taken by twin brothers as they navigate between love, family, friendship, and drugs. The story in this video really touches a lot of people because it’s a real-life situation that the media fails to shed light on.

This video represents the struggle of disadvantaged black youth in the UK. The blurred lines between the road life and real life. The fragility between life and death; and how knife crime/murder often reported like a mere statistic in the media, has longstanding effects on a community.

Upon listening to this track off Davido’s “A Better Time” album, you’ll think the video is going to be a regular cheesy romance where the guy continuously begs to make a woman his bride but boom, Davido switches things up.  The singer plays a gangster that falls in love with another gangster played by Big Brother reality star, Nengi.  They have been put up against each other by the dreaded Godfather figure played by renowned Nollywood veteran Richard Mofe-Damijo.” The video ends up with the couple… you’ll have to watch the video for that. No spoilers here.

Davido is one Nigerian artiste that pays special attention to music videos, He also puts in his best and give fans a short movie to watch, Guess that why he is the Baddest!

Burna Boy – “Monster You Made”

Burna Boy was joking when he said he was coming back “Twice As Tall” after “African Giant” as he served it really hot when it comes to videos. “Monsters You Made” is a politically charged track that highlights how racism and inequality lead to trauma and violence.

Burna is the leader of a battalion of black soldiers clad who after watching a montage of traumatic events were forced to take action against injustice and abuse of power by the government. Burna Boy trains his soldiers to revolt against the systems and people in power and in the end, they end up robbing a track conveying an enormous amount of cash which they later burned down. The concept perfectly encapsulates the themes of the track; the making of this video must have cost a fortune.

Released as the second single off his sophomore album “Apollo,” Fireboy delivered a sound that infuses elements of Chinese music culture (the Chuigushou), Dancehall, Jazz with a splash of Afrobeat. The track describes his love interest “Delilah” hence the name of the track “Eli” who surprises him at every turn. Fireboy believes she is a divine creature and he sings about how he needs to get away from her because she’s dangerous.

This music video which was once again directed by Clarence Peters was the perfect representation of the sound Fireboy was trying to portray in the track. The costumes, setting, sound effects and structure were all on point.

Tiwa Savage’s “Koroba” might be one of the biggest songs of 2020 but do people really pay attention to its visuals? Directed by Clarence Peters, Tiwa Savage just like her iconic “49-99” video, gave fans a video that invokes scholarly analysis. There is so much symbolism and its really not hard to point them out.

It begins with Tiwa Savage playing the role of a newscaster giving the news that she (Tiwa Savage) is in the News again. Tiwa Savage is at the “Amebo Salon”- headquarters for carrying home a basket of gists and gossip. The news of her romance with a politician pops up and tongues start to wag.

Upon seeing the commotion, Tiwa throws out wads of dollars to the hairdressers and once she leaves, there’s commotion everywhere. This is simply saying that she knows her love life is what everyone put their nosey noses in. Knowing that she is a big celebrity, Tiwa knows her name is always going to be in the news for the wrong and right reasons but she doesn’t care.

The singer also addresses the unsavory relationship between Nigerian politicians and younger women in society. The many experiences of women labeled as escort girls (Runs girls). Tiwa and her video director, Clarence Peter were able to tell a story and still entertain us… BRAVO

If you’re paying homage to the late King of Pop, you gotta drop a badass visual to prove that you know the drill of being a Micheal stan. This is exactly what Bad Boy Timz did in the “MJ‘ remix video which features DMW act, Mayorkun. From Moonwalks, hot steppers, fantastic costumes, all similar to Micheal’s “Smooth Criminal,” MJ Remix music video was super dope.

Simi’s “Duduke” might seem like it doesn’t deserve a spot on this list but honestly, it really does. Prior to the release of the video, “Duduke‘” was accepted as a regular Simi song about professing lover for her man. But, the singer wrote this as an expectant mother waiting for the birth of her child which is a wonderful one in a lifetime experience. The video showed that she wasn’t referring to her husband, Adekunle Gold but to her unborn child.

The visuals which broke the internet captures the singer in a simple outfit on a beach and of course a piano. Fans rated this as one of the best pregnancy reveal ever seen. Simi makes those who are yet to understand a mother’s love get a grasp of what it means to love someone you haven’t even seen yet. “Simplicity is the ultimate sophistication” – Leonardo Da Vinci.

From the Above Listed Top Nigerian Music Videos Of 202o, Which Do You Think Deserves ‘Video Of The Year?’

Olaosebikan Olabimpe is a News Writer and Content Creator at Tooxclusive.
Her idea of a great day is to be indoors snuggled up with a book and good music.
She is also a passionate lover of rap.