The organizers of the 2020 LEAP AFRICA’s change project competition (YLP), has announced team ‘Greenergy’ from the University of Benin as the winner of the 2020 edition of the competition.

The “Greenergy” team led by Steve Oshiokhai Eshiemogie, a 500 Level Chemical Engineering student at the University of Benin, wowed the panel of judges at the competition with their presentation on renewable energy and climate change and emerged as overall best. 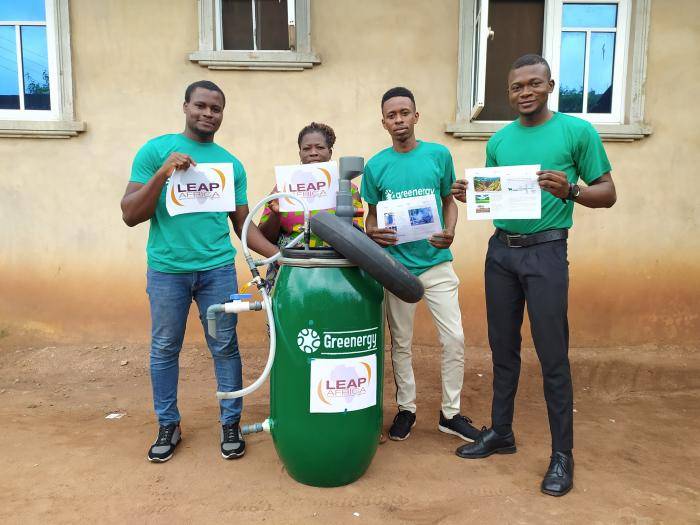 To have emerged winners of the competition, the team had designed and constructed a portable biodigester that converts organic waste to methane gas which can be used for cooking. The equipment was introduced to rural dwellers in Oluku village in Benin City.

They also carried out renewable energy seminars in the community where they taught rural dwellers about the negative impact of felling trees and using their logs for firewood.

Steve Eshiemogie who spoke on behalf of the team said that the team believes that if the biodigester equipment is widely accepted, it could help serve as an alternative to the conventional firewood and kerosene fuel, presently used by villagers for cooking. Thereby reducing CO2 emissions and preventing global warming.

BREAKING: 2021 WASSCE Exam will not hold in May/June – WAEC