In the absence of symptoms, it may be tempting to ignore an STD in the hopes that it will go away on its own, resolving to take care of it if the symptoms get worse. With some of the worst STD cases, though, there isn’t a progression of symptoms; the disease could go from symptomless to life-threatening with nothing in between.

Chlamydia is the most commonly reported STD in the United States, with more than 1.3 million cases reported in 2013 alone. Of those cases, approximately 70 percent of infected women and 50 percent of men exhibited NO symptoms of chlamyida at all. (That’s a lot of people walking around with the infection, but without the symptoms!) Repeat infection of chlamydia is also extremely common. Condoms that are used correctly protect against chlamydia, and if treated in a timely manner, the infection does not cause long-term problems. 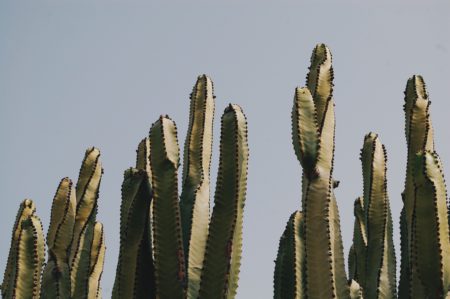 Worst Case Scenario: If left untreated, chlamydia can cause an increased risk of contracting HIV, urethritis and/or infertility in men, Pelvic Inflammatory Disease (PID), and infertility, miscarriage, and/or pre-term labor in women. Additionally, premature delivery, conjunctivitis, lung infections, pneumonia, and ear infections may occur in newborns born to mothers with chlamydia.  We’re going to be showing picutres on our website soon about the worst std cases, and it’s going to be graphic.  Our clients want to learn, and we like to educate.

While chlamydia is almost exclusively transferred during intercourse, “The Clap,” as gonorrhea is sometimes known, can be transferred by any of the body’s orifices: penis, vagina, anus, mouth or eye. Gonorrhea occurs together with chlamydia so often that dual treatment of both diseases is often recommended, even if a chlamydia test hasn’t been performed. Gonorrhea can be transmitted without penetration and even when sharing sex toys. It can cause blindness in newborn babies born to mothers with gonorrhea, and babies may even develop deadly joint and blood infections.

Treatment: Antibiotics can treat and cure even the worst std, including gonorrhea, however, there are strains of gonorrhea today that are becoming antibiotic-resistant.

Worst STD Case Scenario: If left untreated, gonorrhea can cause an increased risk of contracting HIV in men and women. Scarring of the Fallopian tubes, ectopic pregnancies or miscarriage, and infertility in women. Inflammation of the prostate, scarring of the urethra, and infertility in men. Blindness, serious joint infections and potentially deadly blood infections in infants. 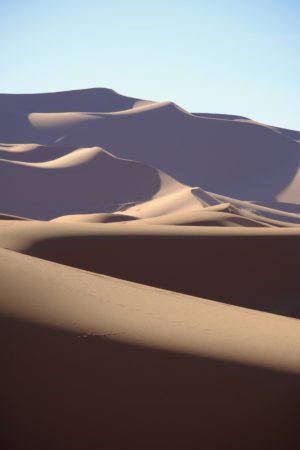 A quick Google search for herpes yields hundreds of thousands of results with titles like, “Why You Should Assume Everyone Has Herpes” and “You Probably Have Herpes.” That’s because, as far as the worst STD cases go, herpes is the king. One out of six Americans between the ages of 14 and 49 have HSV-2, which generally causes genital herpes. Of those, it’s estimated that 80 percent don’t even know they are infected with the virus. That’s not even taking into account the people with an HSV-1, (typically oral herpes) infection, which can be spread to your partner’s genitals during oral sex. Add the ability to lie dormant and undetected for years at a time, the potential to spread the virus whether you have symptoms or not, and the fact that it is incurable (plus, condoms can’t always protect you against it) and becomes clear why herpes the king of STDs.

Worst STD Case Scenario: Herpes is unpredictable. Some people experience just one outbreak and then the virus seems to disappear for years, others experience frequent, severe outbreaks. If an individual is experiencing an increased frequency and severity of herpes outbreaks, they should speak to their doctor about antiviral medication to help control their outbreaks and lessen their severity. Open sores can lead to an increased vulnerability to other infections, especially in people with suppressed immune systems.

Hepatitis B is caused by a virus and can be sexually transmitted through blood or bodily fluids. While the symptoms of hepatitis B can be flu-like at first, the disease should be taken very seriously because it affects the liver. Symptoms can take up to six months to develop and the disease often goes undetected until it has become severe. Getting tested for hepatitis B is especially important because there is a vaccine for the disease, which can be administered along with an immune-boosting medication that could prevent the development of the disease.

Treatment: Symptoms can be treated and managed, but there is no cure for hepatitis B, however, more than 90% of healthy adults who contract the virus will recover naturally from it within the first year. There is a vaccine available that can prevent hepatitis B.

Worst Case Scenario: If left untreated, hepatitis B can cause jaundice, mild to severe liver infection, fibrosis and cirrhosis of the liver, liver failure, hepatocellular carcinoma (cancer), and even death.

Hepatitis C is the most serious of the hepatitis infections and one of the top causes of adult liver transplants in the United States. More than 4 million people are currently infected with hepatitis C in the U.S. In many individuals, there are no symptoms of hepatitis C present for years until the infection has progressed to a very severe state. When symptoms finally do occur, they can be very similar to other conditions, such as the flu.

Treatment: There is not currently a vaccine or immunization for hepatitis C. However, new and improved treatments are available that can clear hepatitis C for many individuals.

Worst Case Scenario: If left untreated, hepatitis C can cause jaundice, cirrhosis, cancer, and end-stage disease of the liver. Hepatitis C can also cause confusion, sleepiness, and disorientation due to toxin buildup in the brain caused by liver cirrhosis, as well as stroke or heart attack, kidney failure, type-2 diabetes, gallstones, thyroid diseases, hypertension, and even death.

At the time that penicillin was introduced as a cure for syphilis, the recovery rate was less than 1 percent. The first stage of a syphilis infection, known as the primary stage, brings a painless chancre, 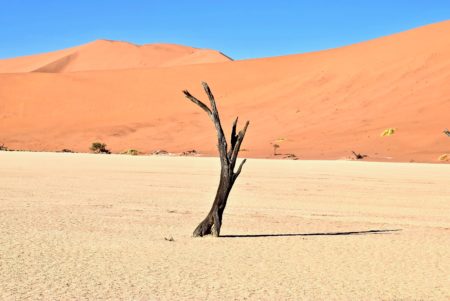 or a sore, that develops on the genitals. If left untreated, syphilis progresses to the second stage and a skin rash develops, which eventually disappears with or without treatment. After that, the infection typically becomes symptomless for a period of time, up to 20 years, before entering the third stage, known as the tertiary stage, roughly 3 to 15 years after the initial infection. At this point, it is a disabling and life-threatening illness. These relatively mild and painless symptoms are part of the reason many syphilis infections go untreated until the infection has progressed to the point of no return. Almost one-third of people with an untreated syphilis infection progress to the late stage.

Treatment: Penicillin is used to treat syphilis during the primary and secondary stages. During the later stages, a higher dosage is often necessary. While the bacteria can be eradicated during any stage, the damage syphilis causes in the late stages is irreversible.

Syphillis Worst Case Scenario: If left untreated, syphilis can cause soft, spongy balls of inflammation all over the body and bones, large sores on the skin and inside the body, internal bleeding, enlargement of the liver and/or spleen, deformations, loss of motor functions, seizures, dementia, aneurysm, and even death.

While HIV may not be the death sentence it once was, it’s still a very serious and potentially life-threatening disease, particularly if it goes untreated for too long. Studies show that in the U.S., an HIV-positive man in his twenties who receives antiretroviral therapy can expect to live well into his 70s, which is only slightly lower than the life expectancy of the HIV-negative population. The key to that positive outlook is the antiretroviral therapy. The longer a patient goes without receiving ART treatment, the cloudier that outlook becomes. Many people infected with the virus may not exhibit symptoms for years, making their unknown condition a life-threatening one.

Treatment: Antiretroviral therapy (ART) is used to treat HIV. Vaccines are being tested, but are not available.

Don’t be an STD worst case scenario. Get tested for STDs today and know your status in just 1-2 days!

A Clinician’s Guide to Screening, Diagnosis, and Treatment