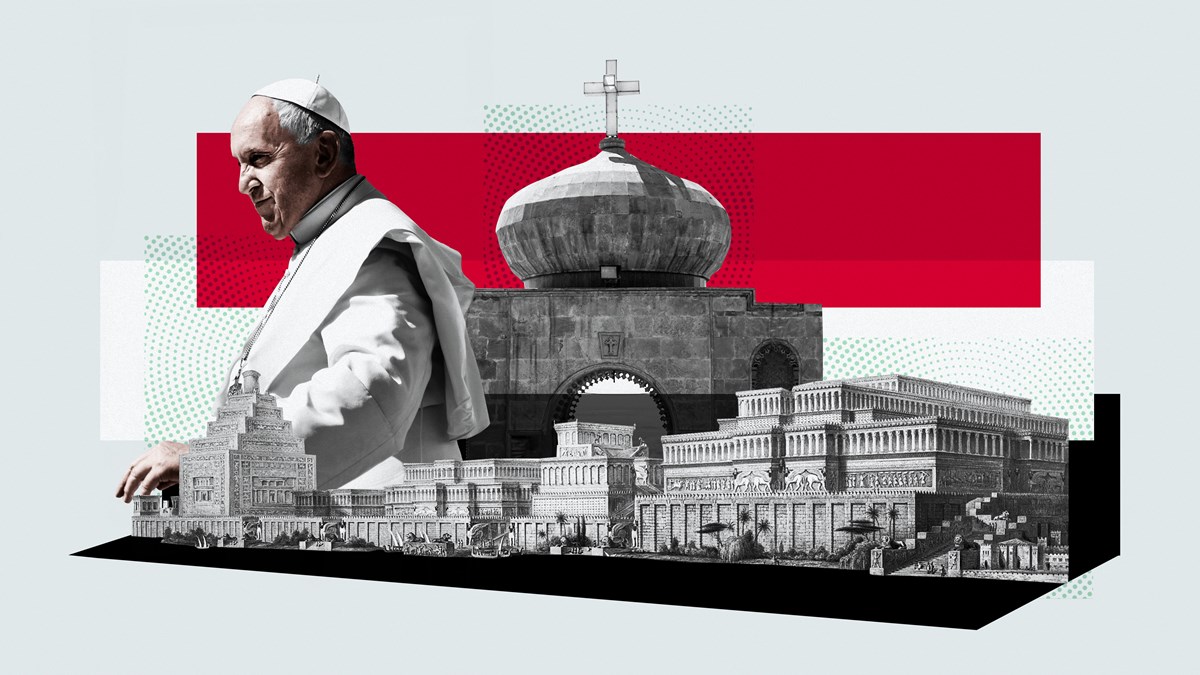 Pope Francis’ upcoming visit to Iraq in March is bound to attract attention to the nation’s peculiar Christian minorities. These fascinating groups have a uniquely Middle Eastern history that is far too little known and appreciated in the West, even though they are now present in sizable diaspora communities in North America, Europe, and Australia.

When over 20,000 Iraqi asylum seekers came to my home country, Finland, in 2015, I realized that as a half-Iraqi theologian it was finally time for me to find out about my roots. I knew they went deep and had something to do with Arameans, Assyrians, Chaldeans, and Syriacs—but who was who, and what was the difference?

Welcome to the heated debate over the identity of the Christians who still speak the language of Jesus.

Who are the Assyrians? There is no country called Assyria on today’s map, but from Old Testament history we remember the Assyrian Empire. Its capital city, Nineveh, was destroyed in 612 B.C., and its ruins lie in modern-day Mosul, in northern Iraq.

Could it really be the case that Assyrians have existed since then and converted to Christianity?

Indeed, average Assyrian Christians see themselves as belonging to the people that once ruled one of the greatest empires of the Middle East, which repented at the preaching of Jonah. According to this narrative, the Assyrians survived under the Babylonians, Persians, and Greeks, as well as in small kingdoms of their own like Osrhoene in northern Mesopotamia.

According to tradition, Osrhoene’s king, Abgar V, exchanged letters with Jesus and converted to the new faith following a later visit from one of the 70 disciples. Assyrians therefore consider themselves to be the first Gentile Christian nation.

In the following centuries, Assyrian Christianity developed independently of Rome, with a profoundly biblical and poetic form of theology. But there was contact with the West, and the Nicene Creed was accepted.

Further Christological developments divided the Assyrians, however, as did geographic realities. East Assyrians of Persia (in modern-day Iraq) were labeled Nestorians for rejecting the “mother of God” moniker for Mary. This name held until the 19th century, as did the Jacobite name for the Monophysite West Assyrians from Byzantine Syria. They got the label in reference to their relentless underground organizer, bishop Jacob Baradaeus (d. A.D. 578).

The old Christological disagreements, however, were settled with joint declarations in the 1980s and 1990s, following important ecumenical meetings organized by the Pro Oriente Foundation in Vienna, Austria. After 1,500 years of separation, all parties could see that the others, too, accept Jesus Christ as fully divine and fully human, perfect God and perfect man.

In all the above-mentioned churches, the liturgical language is a form of Aramaic (Syriac), best known as the language of Jesus. Aramaic was widely spoken in the Assyrian Empire in the first millennium B.C., and by the time of Christ it was the lingua franca of the Middle East.

Less known is that it is still the mother tongue of many Iraqi Christians, who call it Sureth. Translating it is tricky: Some prefer Modern Syriac, others prefer Assyrian, and a third group prefer Chaldean. Linguists speak of North-Eastern Neo-Aramaic, which includes as many as 150 dialects. The largest Aramaic-speaking Christian town is Qaraqosh, near Mosul, which the pope is scheduled to visit on March 7.

But at this point, we begin to enter the heart of the whole controversy. Not all the members of the aforementioned churches see themselves as Assyrians. This is especially the case in the Uniate branches, where people might prefer identities such as Iraqi, Christian, Syriac, Aramean, Chaldean, or even Arab. For example, my own Iraqi roots are in the Syrian and Chaldean Catholic churches, and I was never taught an Assyrian identity.

Am I an Assyrian Christian? It depends on whom you ask.

The debate today is no longer about Christology; it is now about politics and identity. Some dream of an autonomous Assyria or a safe haven for religious minorities in northern Iraq, while others argue that we should try to construct a safe and stable Iraq for all.

Some Chaldean Catholics consider themselves ethnically Assyrian, others think that Chaldean represents a separate ethnic identity stretching back to the ancient Babylonians, while yet others see Chaldeans as Eastern Syriacs or Arameans.

A war of citations has consumed academic articles of historians, Assyriologists, and Syriac scholars, as well as Assyrian, Chaldean, and Syriac/Aramean social media channels. In Sweden, one can even watch the Assyrians and the Syriacs battle it out on the soccer field.

What is wrong with the Assyrian identity, then, according to the critics? David Wilmshurst, a leading historian of the Church of the East, says the moniker is “false” and has “little or no historical basis.” Rather, the Jacobite and Nestorian churches were multiethnic: They included descendants of Arameans, Jews, Persians, Greeks, and Arabs, even the so-called Saint Thomas Christians of India. Are they all Assyrian, too?

According to this narrative, modern Assyrian identity is a product of the 19th century, during which archaeologists excavated the ruins of the ancient empire, causing worldwide enthusiasm. Syriac Christian minorities were filled with a sense of pride and continuity: They were heirs to a great and ancient culture. Assyrian sounded much better than Nestorian, and so Western sympathies were won.

Assyrian nationalism gained momentum in the 20th century, especially after the trauma of World War I, of which some countries have recognized an “Assyrian genocide” alongside the Armenian one. Children were given ancient Assyrian names. An Assyrian calendar and flag were created. Several magazines and associations were founded.

And in some cases, the admiration also extended to Assyrian pagan and polytheistic religion, which provided critics with another strong reason to resist the newfound identity.

In sum, Assyrian Christianity is a complex issue covering historical questions spanning almost 3,000 years. Personally, I’ve changed my mind more than once in the past few years, and I am still open to new evidence.

But although I find the debate about ethnic continuity interesting, for me the richest and most inspiring heritage of the Christians of Iraq is found in the forgotten history of Syriac Christianity. This ancient expression of the faith includes martyrs and mystics, monks and missionaries, patriarchs and poets, and a whole new world of church fathers and biblical commentary.

On the official logo of Pope Francis’ upcoming apostolic journey to Iraq, the Syriac script used is the classical Estrangela, which predates the ecclesial divides and thus underlines the common heritage of the various Aramaic-speaking churches. And although the motto, chosen from Matthew 23:8, is certainly meant for Iraqis more widely, it is also fully appropriate within the Syriac-Assyrian-Chaldean identity dispute:

“You are all brothers.”

Emil Anton, PhD, is a Finnish-Iraqi theologian and author who recently published a book in Finnish about Mesopotamian and Iraqi Christian history (an English summary is available on academia.edu). He is also the Finnish language contributor to Vatican News.

Boston Pastors Roll Up Sleeves, Encourage Others To ‘Take The Vaccine’ – CBS Boston

How We Must Depend on Holy Spirit to Tame Our Tongues