Our world has entered our era where people are beginning to wake up and call out certain offences. We have seen the #MeToo and #EndSARS movements speaking out against rape and police brutality accordingly in all corners of the world. However, Cancel Culture is beginning to take root in our society’s system, and it stems from social media.

The question is, “is Cancel Culture effective?”. Experiences have shown that it isn’t in most cases. For those who don’t understand what Cancel Culture is all about, I’ll explain. It’s simply a concept where people are thrown out of social and professional circles because of what people think they did.

When people cancel something, it has ended. It’s null and void. When a group of people cancel someone (usually a public figure) after they have said or done something offensive, it means they are no longer supported. They withdraw their support by either bashing them on social media and boycotting their work.

The concept of Cancel Culture has never made sense to me. In most cases, you don’t give these people an opportunity for accountability. You don’t demand that they seek redress. No explanations to what they mean are asked for. No punishments are extended. Just cancellations.

I love Chimamanda Adichie. The first time I came across her was when I was gifted Purple Hibiscus at a birthday party. I never read that book till about four months later, and I was lovestruck. I found her so relatable. She expressed thoughts in her work that I had thought about but had no courage to express.

She embodies the kind of future I wish for myself. We both grew up in university environments. She is Catholic, and so am I. The only differences between us are our tribe and maybe, skin color. I found her Ted Talk, “The Danger of a Single Story”, deeply intriguing.

She has always been an expressive person, and that expressive nature has fuelled her curiosity and made her question a lot of seemingly normal societal norms.

One fateful morning in 2017, I woke up and Chimamanda Adichie was trending on Twitter. What happened?

Apparently, the award-winning writer and renowned feminist had made her stance clear, stating that trans-women are not women. She stated that trans-women do not share the same experiences as women and so can’t fully identify as one.

This caused a lot of havoc as people cancelled her for her thoughts and opinions. Some went as far as telling her to stick to the feminism path she is known for.

The first thing that rang in my head was, “Why are people blasting her for an opinion she has?”

Unfortunately, that is the point our society has degenerated to. People are afraid to speak up their minds and express their thoughts about a person or situation because they’re afraid of the mob. When it doesn’t coincide with the general thoughts, it shouldn’t be thought of at all.

Should we talk about Leticia Wright?

The Black Panther star, Leticia Wright shared a controversial video from “On The Table”, talking about whether people should take the COVID-19 vaccine or not. The one-hour long video shared concerns about the contents of the vaccine and whether or not people should be worried.

She received serious backlash from people who insinuated that she was instigating a movement that would trigger people into not accepting the vaccine. She went as far as deleting her social media accounts for a while. Again, I asked myself,

“Why would people backlash someone who has genuine concerns about something she is meant to take?”

Cancel Culture never makes sense to me, and this negative trend is going to push the silent majority into oblivion. We need to understand that people come from different and unique backgrounds. They have unique experiences that produce different thoughts and opinions about things.

You can disagree with a person. That is what comment sections are for. Tell the person your point of view. But you don’t have to cancel them. A lot of people have anxiety disorders, so it takes them courage to speak up about what they think. No one should shut them down.

In the age of freedom and expression, people shouldn’t be scared to speak up about what they feel. 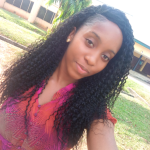 My mission is to help readers discover and appreciate themselves, and share the thoughts that wander in my crazy head. I’m an avid reader, and my love for ice-cream knows no bounds.

These Luxury Incense Cones Will Cleanse Your Spirit And Home – Editorialist